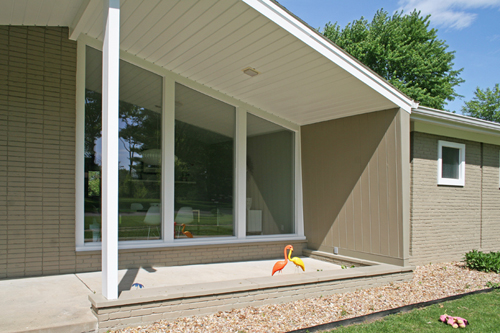 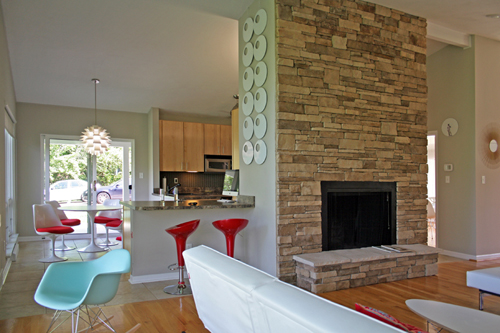 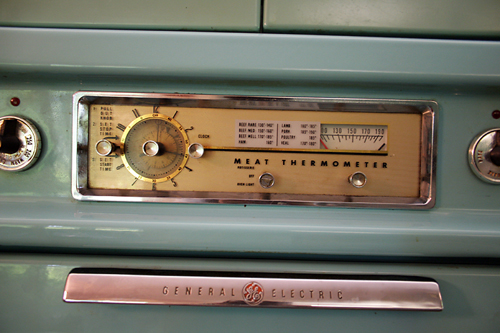 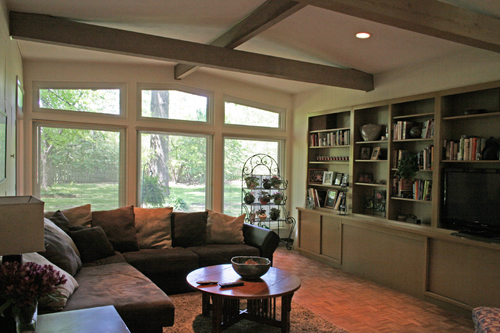 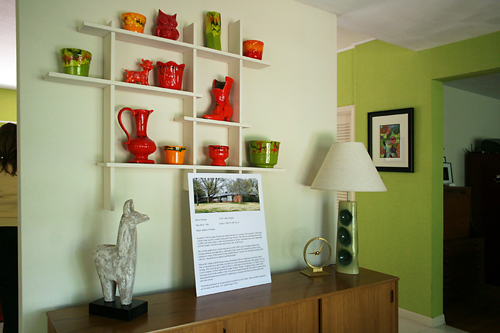 Modern StL is teaming with the Trustees of Ladue Estates to present the first ever Open House and Walking Tour of the first-ever Missouri mid-century modern neighborhood on the National Register of Historic Places!

5 Homes Open To You

#1, 2, 3, 11 and 14 West Ladue Estates Drive are opening their doors.  See an original teal GE metal kitchen.  See how excited we are to be able to share these 5 gorgeous homes with you!

At 11am, noon and 1 pm, two Ladue Estates residents (Lea Ann Baker – who did the Historic Registry application – and architect David Connally) give a guided tour of the homes on West Ladue Estates Drive.

The other 2 streets that make up this historic neighborhood are open for you to swoon through. With a paid fee, you will receive a brochure with neighborhood highlights.

This is a thriving, private neighborhood, so please respect their homes and park only on the East Sides of the 2 streets shown on the map above.

The tour begins at #2 West Ladue Estates (shown as X on the map above), which is also one of 5 homes open to you. Pay the fee here and begin your journey into an atomic-age wonderland! $10 fee the day of the event – $5 for Modern StL members. Rain or shine.

Neither rain, nor snow, nor sleet or hail shall keep the postmen from their appointed rounds, but it sure did mess with Tropicanniversary!

Snow and ice canceled our first date, and having to accommodate league bowlers who also got snowed out messed up the second date, so we’ve moved everything to a (hopefully) less snow-filled mid-March. March 15th to be exact.

Like our streets, everything remains iced so it stays fresh for you in March. The same great raffle prizes (like retro bowling shirts and kitchen accessories), the same reduced bowling rates (.95 cent shoe rental, for starters) and drink specials await us all. We’ll also announce a special Members-Only house party that takes place at the end of March. So plenty of reasons to sit tight until Mother Nature gets it right. 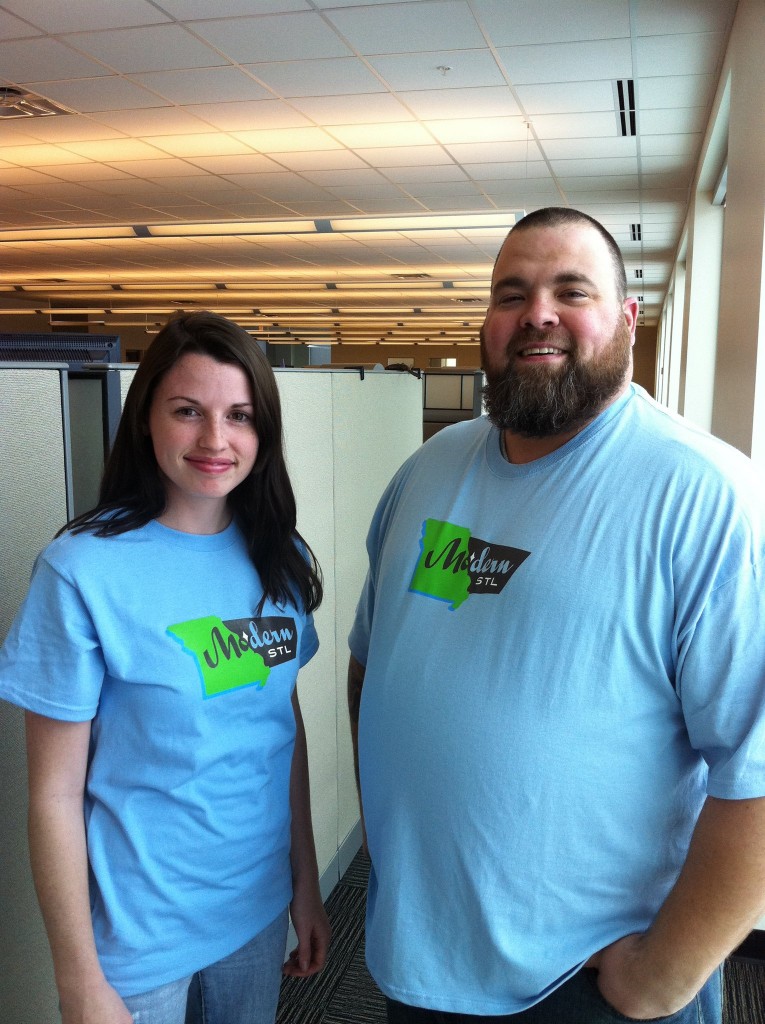 Official Modern StL T-shirts and decals also debut on March 15th. Keep track of the event on Facebook, and we’ll see you soon!

Due to the continuing crappy weather
Tropicanniversary has been moved to Tuesday, February 8th, 2011.

It will still be a bowling Happy Hour from 6-9 PM. All the reduced bowling prices, drink specials and fabulous door prizes still apply as well. It’s just on a different day that allows for easier travel to and from (fingers crossed).

More about the event here.

Until then, stay safe and warm, and protect that bowling arm from too much shoveling!

On February 2, 2011, from 6 – 9 PM, Modern StL celebrates the 50th anniversary of Tropicana Bowling Lanes. For us, the owner is reserving half the lanes at reduced prices. There will be amazing raffle items, a history of bowling slideshow and drink specials. You also have the chance to buy our first official swag: 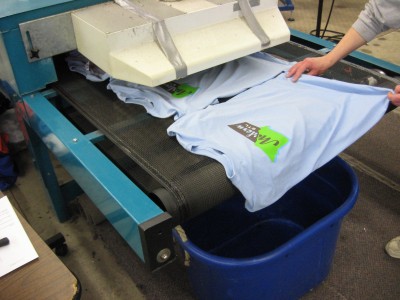 Here’s the Facebook invite. We hope to see you there!

If you love Mid-Century Modern architecture in general, and St. Louis’ stash of MCM specifically, then set your sites on this coming week. You have 2 opportunities to be with others like you.

Modern StL makes it social debut on Thursday, November 18th, from 5 – 8 PM at Atomic Cowboy. Our group has put together 25 atomic-minded gift bags which will go the first 25 people who join up. There will be a raffle for two Geneva Jelly Watches. Meet the people who want you to be a part of celebrating St. Louis MCM (that would be the Board Members), and mix and mingle with other folks who absolutely have the best taste in design and architecture because they came out to support Modern StL.

I am very honored to be invited by the Landmarks Association to be the closing act of their  Mid-Century Modern Master Series. On Sunday, November 21st at 3 PM at Landmarks, I present St. Loves MCM: Embracing Recent Past Preservation.  This venerable organization describes it best on their website:

From Mad Men to Design Within Reach, it seems as if America is embracing mid-century modern (MCM) with a passion.  With the Arch as out global calling card, it’s time for St. louis to embrace and protect its MCM heritage.  Join Toby Weiss as she showcases some of St. Louis’ best MCM buildings and looks at ways to ensure their preservation.

The lecture will begin at 3:00 PM in the classroom at Architecture St. Louis at 911 Washington Avenue, Suite 170. Seating is limited to 50 people.  We strongly encourage reservations as we cannot guarantee seating without one.  To reserve a seat, please call 314.421.6474 or email: landmark@stlouis.missouri.org.

It is always a great pleasure to hear from and meet B.E.L.T. readers because we all have so much in common. Now in November, we have two chances to “Gabba gabba, we accept you, one of us!” I hope you can make it to one or (preferably!) both events. 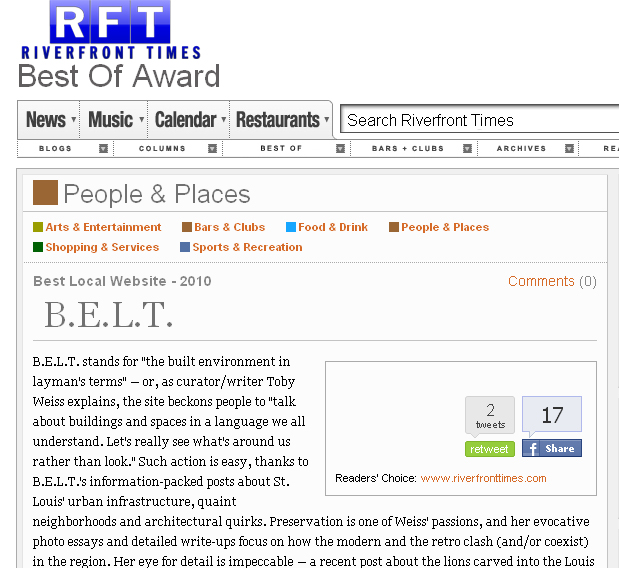 A huge, tears-of-joy sobbing thanks to the Riverfront Times for naming B.E.L.T. the Best Local Website.  And another round of gasping gratitude to all the Facebook friends who broke the news to me on my Wall. That gave me a bigger jolt than the espresso I’d yet finished.

This is especially poignant because I’ve been feeling guilty about not having enough time to post, lately. Plus, I’ve been working on my magnum opus – a mid-century modern study of Hampton Avenue – ALL of Hampton Avenue, which turns out to be much longer and much more cram-packed with MCM goodness than previously known.

I’ve got blisters on my feet from surveying it, the librarians now know me by name from all the City Directory research I’ve been doing, and there’s not enough hours in the day to complete it. And I wonder “WHY do I invest so much time in this avocation?” Then B.E.L.T. gets a nod like this, I feel all Sally Fields-Oscar inside and realize that my love for St. Louis is not a wasted effort. 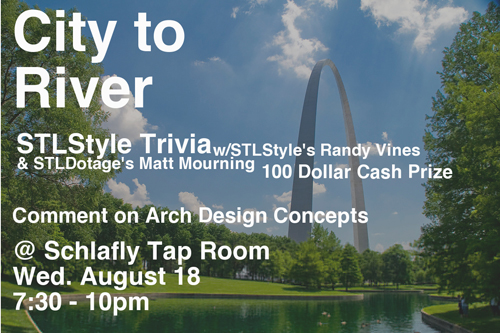 On August 17th, 2010 we get to see the 5 design concepts for The Arch grounds. On Wednesday, August 18th, you should come to the Schlafly Tap Room to see the designs up close and leave your comments.

This event is sponsored by City To River, a grassroots coalition of St. Louis City residents who love our City so much that they are working overtime to make it even better than it already is. This makes me so proud that I get misty eyed. Seriously.

Ray Hartmann was right about City To River when he wrote in the August 2010 issue of St. Louis magazine:

“What’s most amazing about the idea (of removing the highway) is how it’s come forward as the evolving dream of a bunch of heretofore-unknown, regular-guy, not-all-that-connected citizen bloggers. I met with three of them – Rick Bonasch, Paul G. Hohmann and Alex Ihnen – and still can’t tell you who’s in charge. They are as ego-free as any group of activists I’ve met in three decades on the job.”

This Wednesday is your chance to meet these 3 stand-up guys (and all the other wonderful folks in the group), and to see and participate in the future of The Arch grounds and the strengthening of our beloved Matriarch of the Mississippi.

If you’re on Facebook, here’s the invite to the event.

And if all this wasn’t enough to draw you out, there’s also St. Louis Trivia, hosted by Matthew Mourning and Randy Vines!

This is the place to be on Wednesday, August 18th. I’ll see you there! 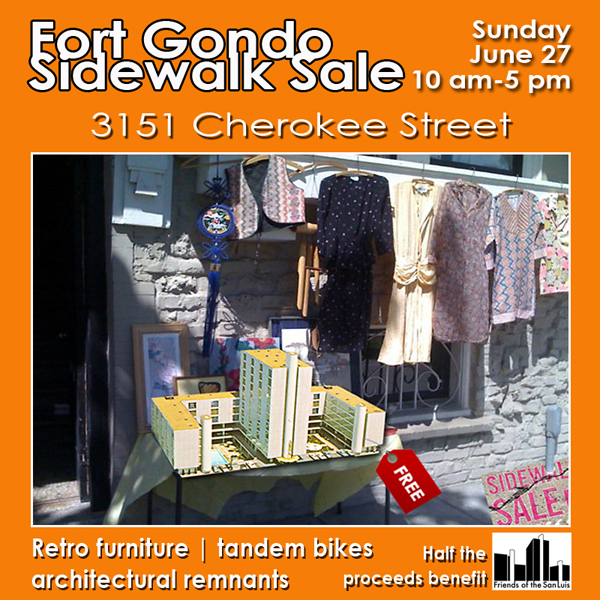 This Sunday, June 27th is the Cherokee Bizarre Bazaar & Flea Market, in the 2800 block of Cherokee Street. Be sure to walk a few blocks west and check out the Fort Gondo Sidewalk Sale, as well.

Fort Gondo‘s Galen is clearing out his basement cram-packed full of retro furniture, lamps, soda pop history and tandem bikes and throwing it out onto the sidewalk in front of his store.

Buy something from him during 10 a.m. – 5 p.m. and your money does double good:  half goes to pay for nuptials, while the other half helps Friends of the San Luis pay down their last remaining dollars to the lawyers.

Stop by and buy at 3151 Cherokee Street, and tell ’em the ghost of the Hotel Deville sent ya. 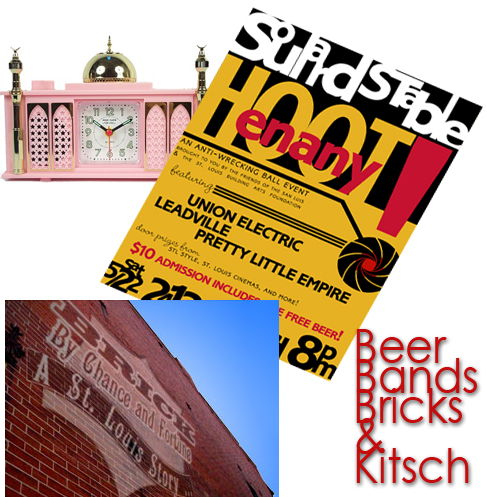