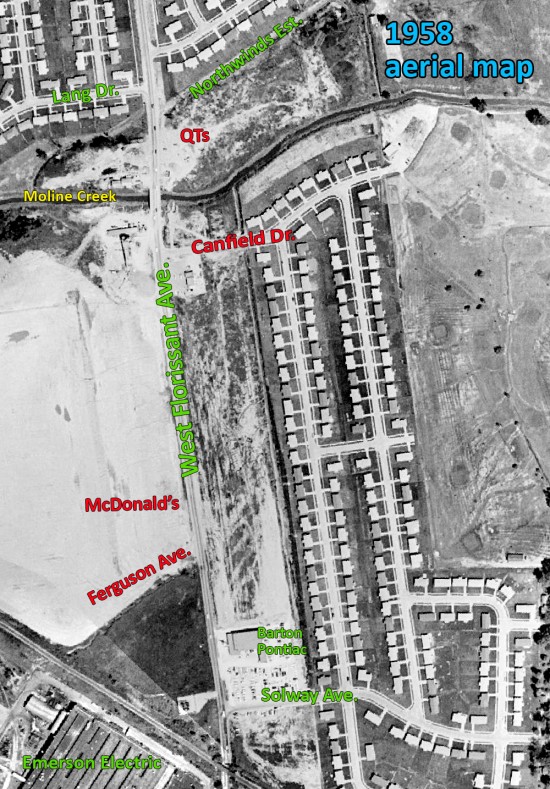 1958 aerial map of West Florissant, north of Lucas & Hunt (click to enlarge). And there’s NOTHING along what would become a thriving retail district. New homes were up, but Ferguson Avenue had yet to be plotted. Canfield Drive had only just begun. The first building in the spot that becomes QTs erected in 1965. A Pontiac dealership was the first major retail to follow in the shadow of Northland Shopping Center. That building remains as of today as 9020 W. Flor. By 1962, the empty spots were filling in rapidly.