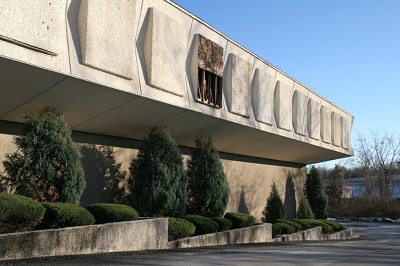 We covered this building in an earlier post. It’s a mid-century modern building in Florissant that – according to the comments – unnerved just about everyone who had to use it.

At the time of the post, the building was for sale and the cornice was ratty and rotting from water damage, like in the photo above.  But come August 2009, the For Sale signs are gone and the entire cornice is being properly repaired and painted, as evidenced below. 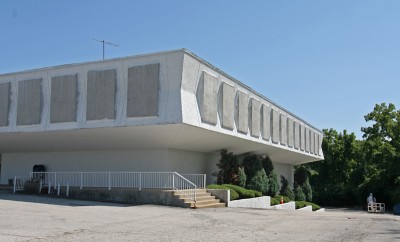 A property owner in deep North County sees the merit of recycling a late mid-century modern building that strikes some as unattractive.  At the exact same moment in St. Louis City, the San Luis is coming down for a parking lot.  My world view goes wonky when Florissant is smarter than the Central West End.