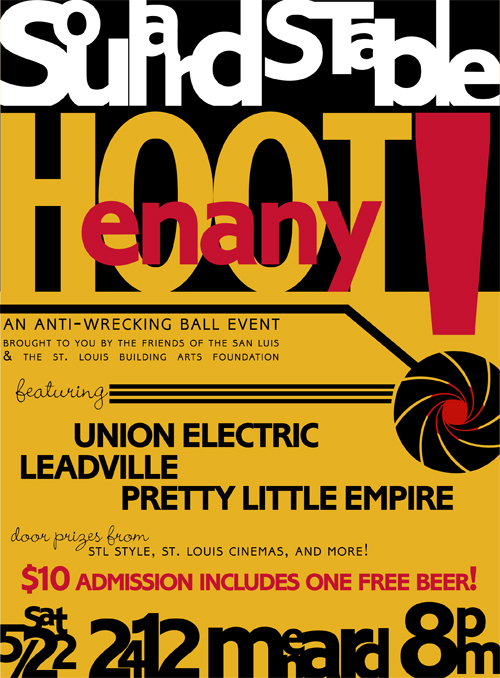 One thought on “Come to the Soulard Stable Hootenanny, May 22”