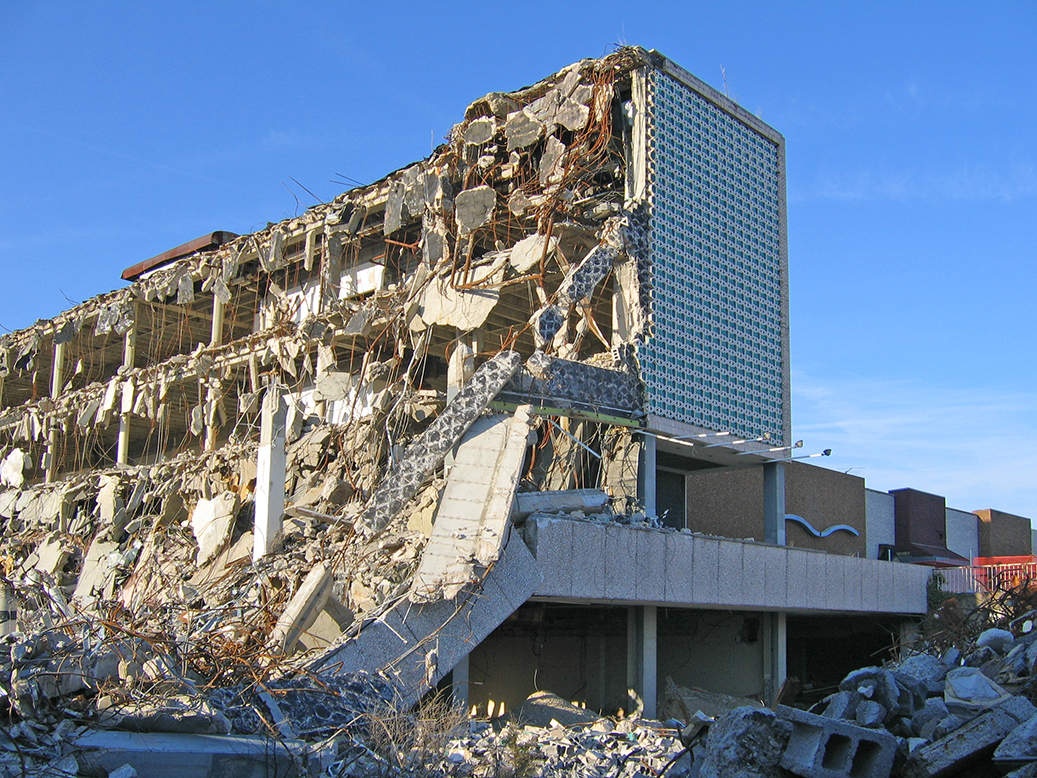 River Roads Shopping Center (remains)
Jennings, MO
If you’ve been patiently waiting for a chance to nab one of those aqua bow ties off the former Stix, Baer & Fuller store, better hurry.

It’s taken well over a year for them to get to it, but now less than a quarter of this section remains, and the bow ties, hexagons and triangles litter the pit of the demolition site. 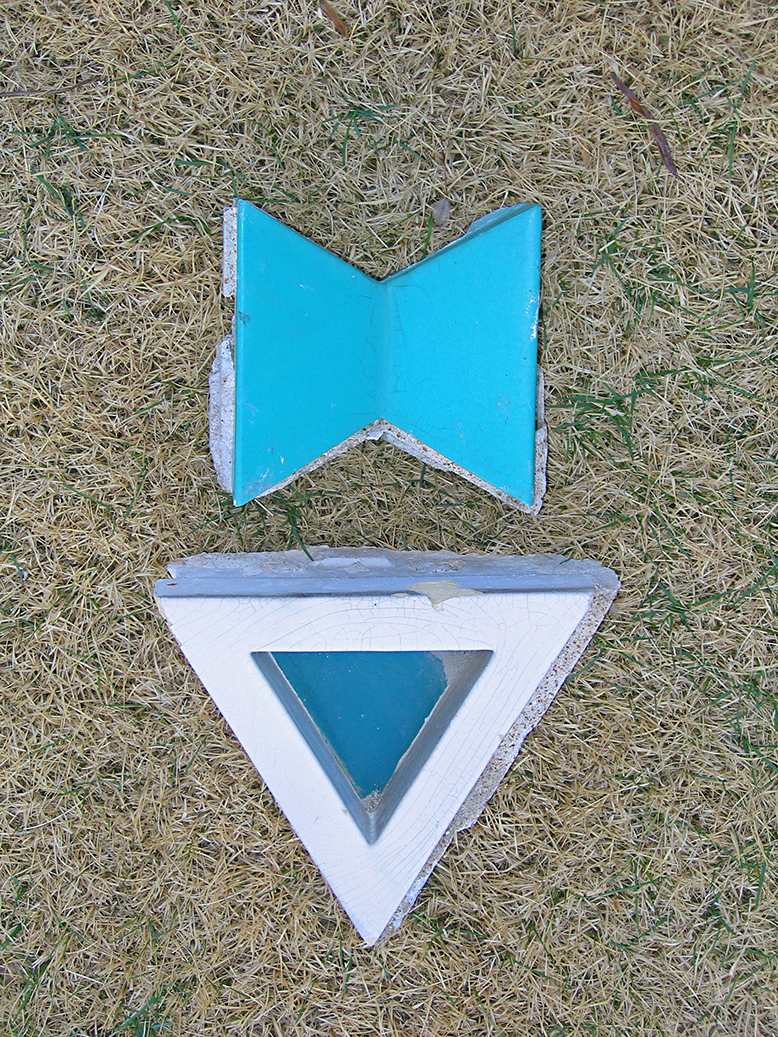 Above is what I was able to take with me, and the gathering of just these 2 pieces was accompanied by a constant hissing of “shit, shit, shit, shit, SHIT!”
Why?

Because having come from a birthday dinner, I was in no way dressed for spelunking into a pit of construction debris. I had on the completely wrong shoes for climbing over fencing and hopping over large chunks of building guts. I was freaking out as I took photos and saw hundreds of pieces of that sophisticated, geometric marvel of wall scattered below. So the wrong shoes be damned, down I went.

One has to park rather far away from the demo site, and when carrying armfuls of heavy ceramic tile, the walk is noticeably long (especially in the middle of July, trust me). And there’s only me, and I’m hopelessly inappropriately dressed. So, I could only salvage the two pieces shown above. 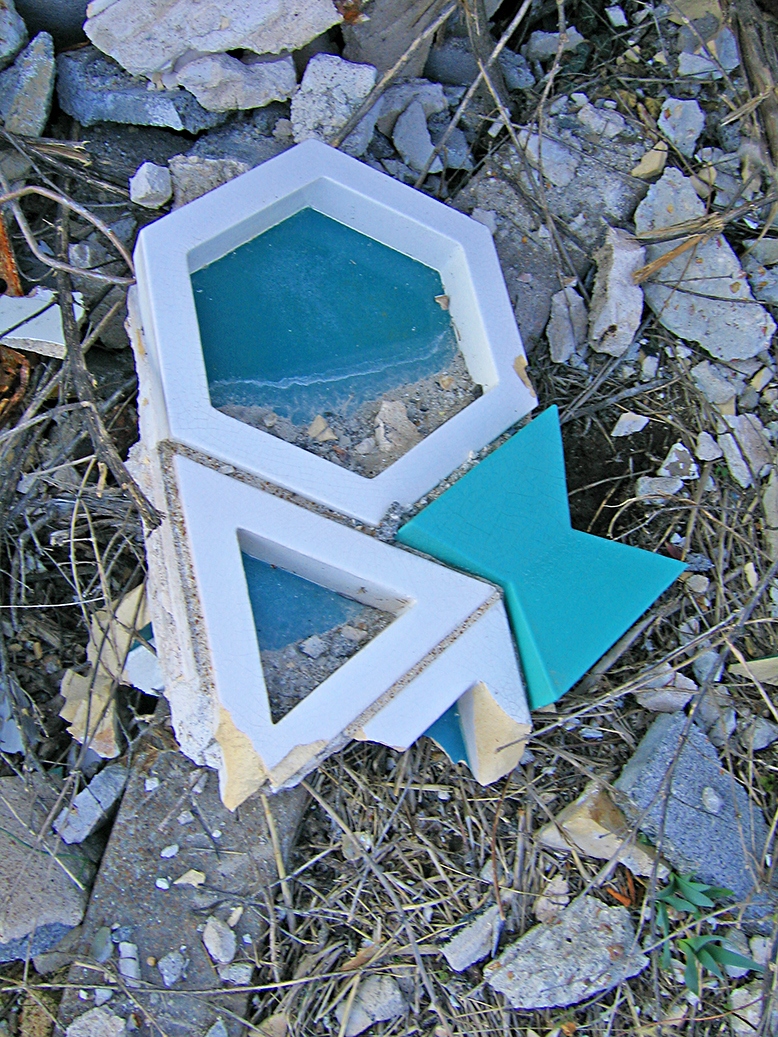 But this is the kind of stuff I had to walk away from! Look, a section still intact enough to get the full picture of how they puzzle-pieced the facade together. It’s sublime! And take a look at that hexagon piece. Dozens of them are lying – intact – all over the ground, looking like MCM birdbaths. I was losing my mind at how much stuff survived the fall, and how little I could save. That piece shown above? Way too heavy for me to carry that far by myself in heels….shit, shit, shit, shit, SHIT!!!!

So, if you want some shopping souvenirs, please hurry, because as the demolition work week continues, more and more of it goes into a trash dumpster.