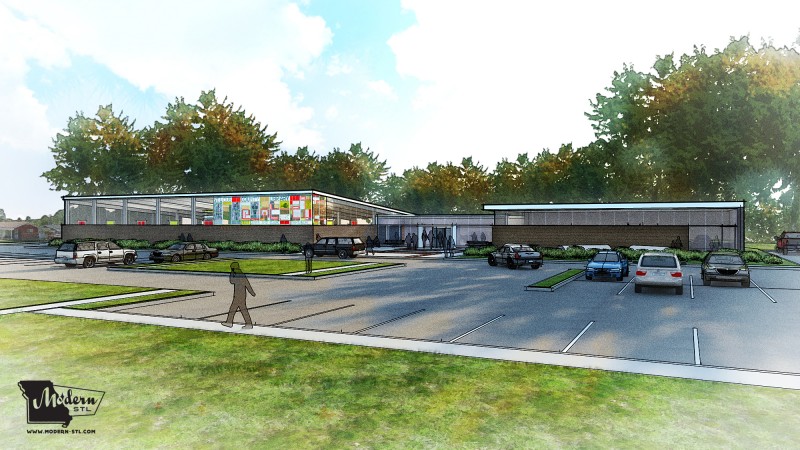 In a logical and inspiring attempt to help the St. Louis County Library Board of Trustees reconsider their plans for demolition, ModernSTL released this proposal.

It’s a compelling and workable starting point for understanding how the historic mid-century modern building by architect Frederick Dunn can be retained while also gaining the additional space required.

In the past, the Library Board has mentioned a very sound point: Why have we not heard complaint about our plan from the people who actually use this library?

It can be argued that the Board has been rather stingy with engaging the public on what they want or prefer for this (or any) branch. They have instead repeatedly cited voter mandate. But that tax issue was about the funding of the entire scope of the plan and the system’s needs. It’s doubtful that the majority of those voters gave their consent based specifically on “Yeah, tear down Lewis & Clark, will ya?” 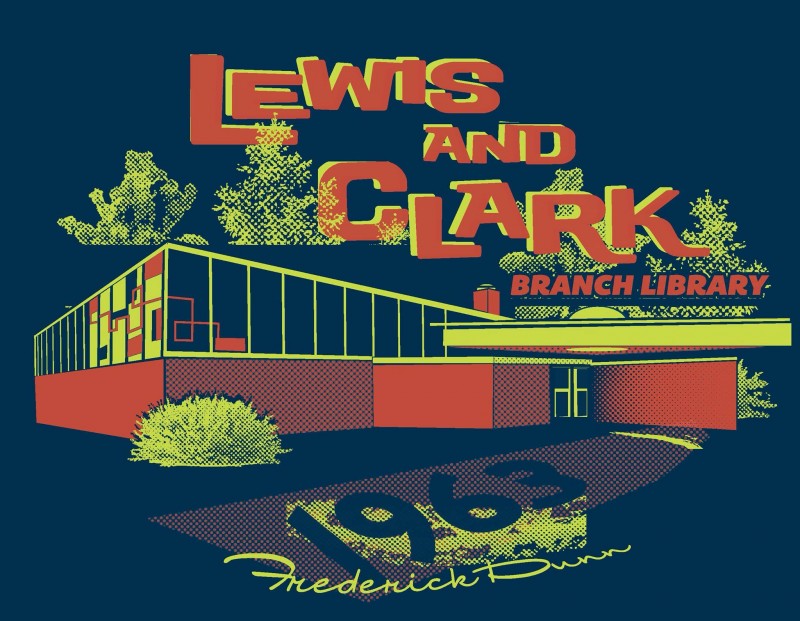 At the event where ModernSTL shared the proposal for adding onto the library, residents who live next to and use the library decided to speak up against the Board’s plans, and ask for them to save it.

Here is the on-line petition via MoveOn.org.

A letter writing campaign at the end of 2013 did result in the Board sending out a form letter in response to each postcard. They were very polite, but made it clear they are not budging from their original plan.  So let’s try a new way to engage them to reconsider – please sign the petition if you agree they should at least reconsider saving their only significant building.

Keep track of all the love shown for the building and the fight to save it on the Save the Lewis & Clark Library Branch Facebook page.

And the graphic shown above is available as a T-shirt.