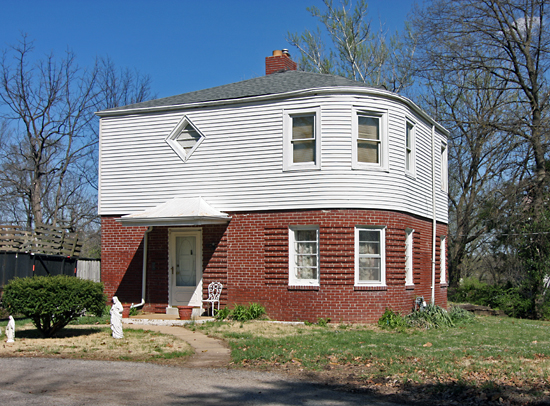 The first story – with its handsome brick work and rounded corner – was built in 1940. The second story was added in 1985, neatly doubling the space of this modest home to almost 1,100 s.f.

What’s unusual about this vinyl siding topper is that it faithfully follows the curve of the building while matching its ground floor fenestration. Meaning, some real thought was put into this 2nd story addition, which is all too often not the case, especially when it comes to round corners.  Here’s an example of what not to do.

Wish that Way Back Machine was invented already so I could cycle back several decades and see what the original roof looked like. Considering the care that was taken with this remodel, wondering if it was much like the new one?