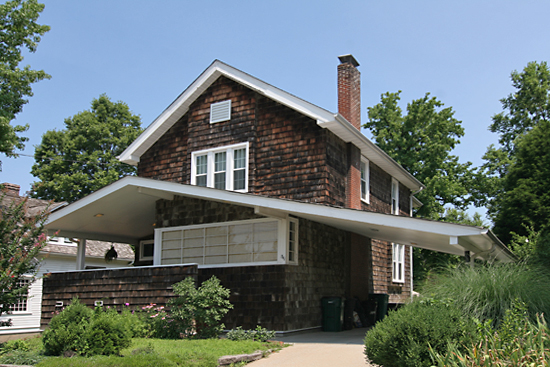 How much do you dig this remodel of a 1941 house? From the asymmetrical porch roof leading to a carport to the wrap around window of the front room to the white piping against dark cedar shingles, I love it because it tweaks the standard perception of what a Webster Groves 2-story 4-square should look like. 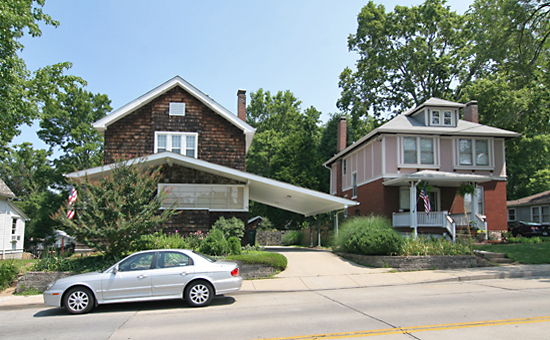 I’m sure it originally looked much like the house next door. The home on the other side (not pictured) is pretty much the same, but has a front room addition and other re-dos, but still retains enough of “that Webster Groves look” to not draw attention.  But our MCM remodel was for sale for a very long time in the early 2000s; it was a little too long during a prime housing market in a prime location, and we assumed it was because of its “oddness.” The people who finally bought it in 2003 have done nothing drastic to it, so they must have loved that atomic oddness, and bully for them.

St. Louis County records show the remodel was done in 1955, which makes total sense.  And it’s a testament to the thoughtful work (and maintenance) done that it still looks crisp and fresh. And it’s not so odd that someone did this to their home, because homeowners have always felt the need to update. 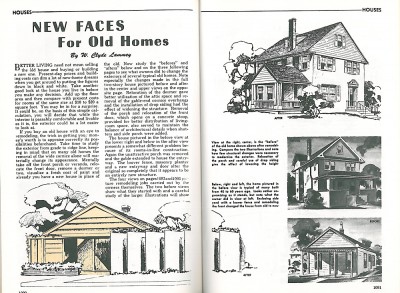 In 1961 – six years after the Webster remodel – the Popular Mechanics Home Handyman series (see other MCM-inspired projects here & here) was helping homeowners make their houses “a lot easier to look at” by offering up all kinds of ideas on how to make a 2-story home appear more low-slung (remove those dormers – now!), “keeping in mind that on many old homes the removal of the wide cornice alone will materially change its appearance.” (Click on the pages for a more readable size).

In 1961, they considered a cute little home built in 1921 to be too old, that it “looks rather unpromising as it stands.” So Americans have always thought that homes “from 40 to 60 years ago” are tired or ugly or passe. The main difference between then and now is the American urge to automatically demolish rather than remodel – we’ve become a much more disposable society. And if you can figure out the benefit in that, do chime in. 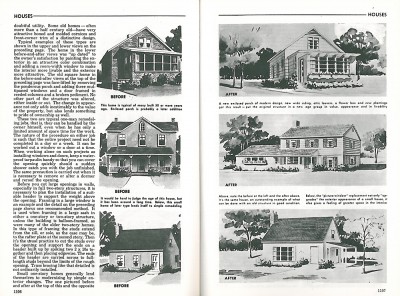 But these remodeling ideas do underscore how desirable it was after World War 2 to be free of ornamentation, let in more light, be lower to the ground and remove those “ponderous porches.” “The change in appearance not only adds inestimably to the value of the property,” it kept one from enduring the embarrassment of living in a house that just 25 or 30 yeas later would once again become the desired style.

My Mother claims that she’s held onto so many of her dresses and shoes from the 1950s & 60s because they would eventually comeback in style. And there is now a portion of her downstairs closet that looks like the dress rack on the set of Mad Men.  Because her Depression-era generation was on the cutting edge of post-war clothing and housing design, they were also not liking the old-fashioned homes of their parents. Zoom ahead to now, and the Baby Boomers that the new mid-century ranch houses were created for don’t like their parents old homes.

This cycle always repeats – a younger generation dislikes the hallmarks of the previous generation while tending to like the hallmarks of their grandparents’ generation. This is why the Baby Boomers fought to preserve the architecture of the turn of the 20th century, while Generation X and younger want to preserve mid-20th century architecture. The cycle always repeats – what can we learn from it? 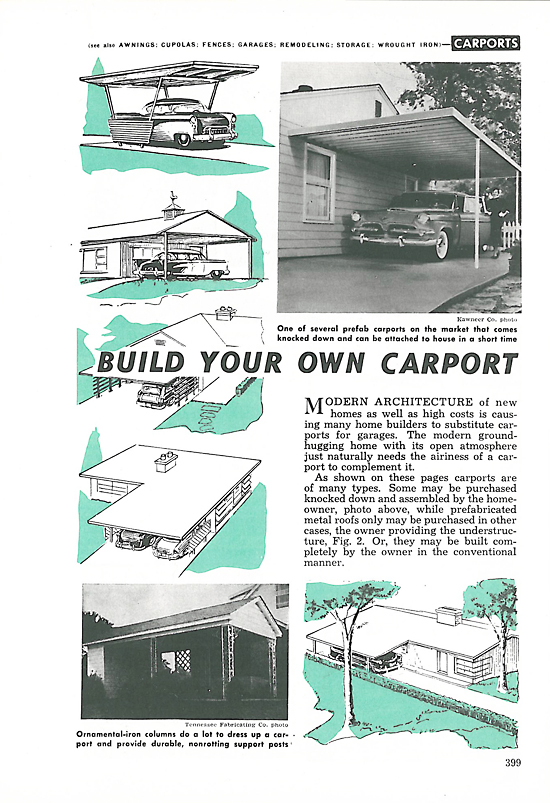 Well, one key lesson is the carport instantly changes everything! Take another look at the Webster Groves house above – the new attitude is all about the “airiness” of the carport, the wind beneath its wing. And here’s another example of how the carport is the slap in the face that snaps a house out of it! 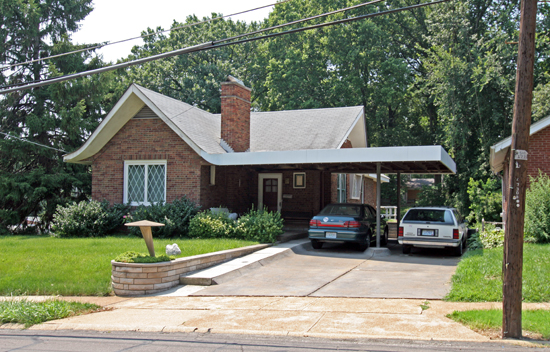 This 1929 bungalow went full-on Jetsons with a whole new roofline swooping down into a 2-vehicle carport worthy of a Chuck-A-Burger waitress on rollerskates. Peek around to the side and see they added an angled window frame and… 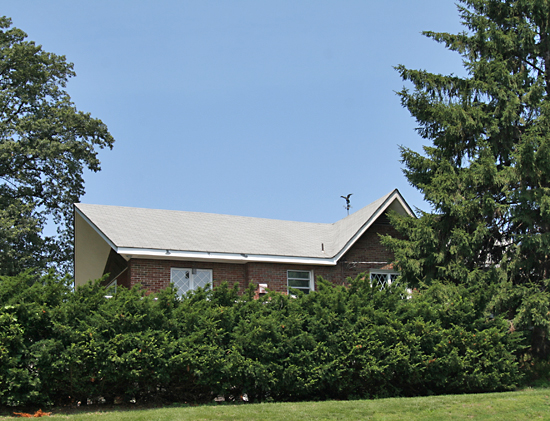 …they took that commitment all the way around to the back.  Then check out the graceful lines leading to the “new” lighting in the front yard (below), and assume that they took this enthusiasm inside as well. I’m dying to see the inside. And because of the consistency of modern detail and broad scope of re-imagining, I’m assuming an architect drew up the plans, because this is way above the badge-level of Home Handyman. 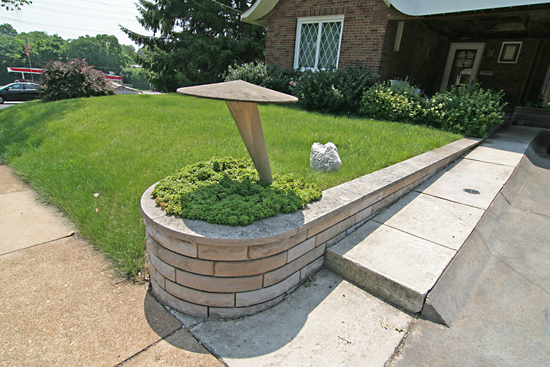 Actually, this is the type of remodel that I’m sure the 1981 edition was helping you be rid of, because the cycle of what’s ugly till it’s not continually repeats. And both of these houses have been blessed with owners who held out long enough for the unhip remodel of the original unhip house to become hip again. Recycle, reuse, rinse and repeat.