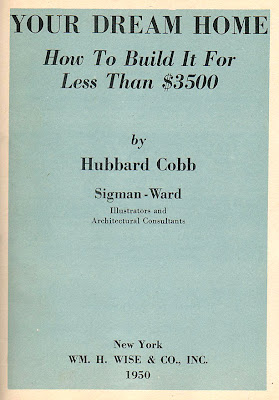 A few years ago, a carpenter I know bought the book (shown above) at an estate sale. Collecting old books on building and architecture is a hobby of his, and explains how he has so much historical and practical knowledge while being so, relatively, young. 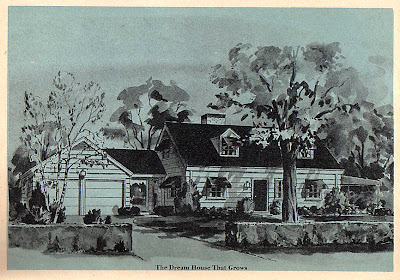 Upon cracking open the book he bought for 25 cents, he saw the picture above and realized it was a rendering very much like the house he bought the book at. 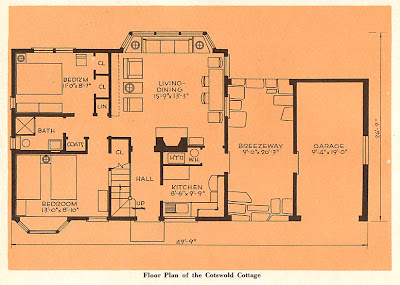 The floor plan (above) confirmed that, yes, this was the book the homeowner used to build the house that the book was bought from. So obviously, the writer’s guidance was sound, as the house appeared to be rather sound itself. But the carpenter couldn’t go back to ask if they really were able to build it for less than $3500, because the model book house was demolished.

The estate sale took place because that Fenton neighborhood was being cleared in order to build newer, larger homes. Considering how cheaply and poorly constructed many of these McMansions are, the exaggerated irony is that the new developer may have built each one for not much over $3500, yet sold them for “starting in the low $200s.” 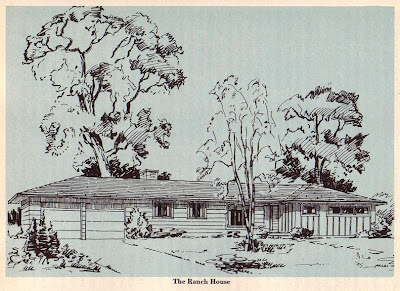 After seriously browsing the book, it was surprising just how little has changed in residential construction since 1950. Aside from insulation, electrical and cladding material improvements, that 1950s ranch house model (shown above) could still be built just by following the instructions in this old book. To quote from Chapter 26: “A Ranch House”: 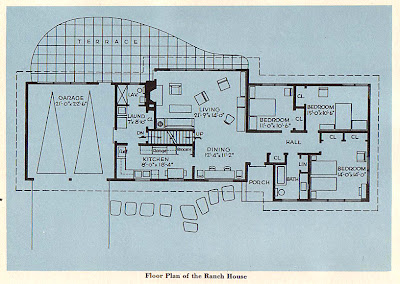 “Any housewife who looks at the floor plan of the Ranch House (plan shown above) will be struck by the fact that all the rooms are on one floor. This does away with climbing up and down stairs a hundred times a day, which, as everyone knows, is extremely exhausting.”

Stats show that the McMansion is quickly becoming the SUV of the housing market. One of the key principles of universal design (which dovetails with aging in-place principles) is one-level living, and the timing on that is good because aging Baby Boomers want single-level homes – enough with the stairs.

Many Boomers grew up in suburban ranch houses, and their senior living requirements often describe the ranches they grew up in. If someone could properly market the luxury of the ease of living that can be achieved within a retro ranch home, then the best examples of the ranch could inadvertently be preserved. The more one contemplates this logical re-use, the more apparent it becomes that crap loads of money could be made, while doing our planet and our communities a lot of good.

And as St. Louis ends another fabulous Preservation (actually 10 days, but we call it a) Week celebration, that’s my two cents on new preservation ideas for the 21st century.