Loughborough & Grand Ave @ Hwy 55
A former city block directly across from Carondelet Park
Lowe’sville progress marches on, save for one hitch in the giddy-up.
All of the houses have been flattened except The Lone Holdout (above). I haven’t found any recent news on where their case stands in the courts, but with the destruction of their former neighborhood block, the story is winding to a close. 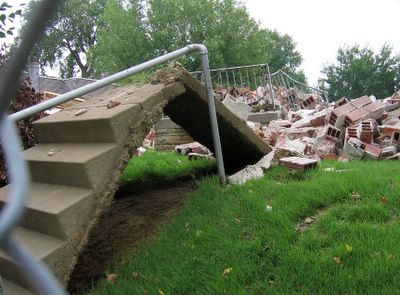 Here’s The Lone Holdouts former neighbors to the south (above). 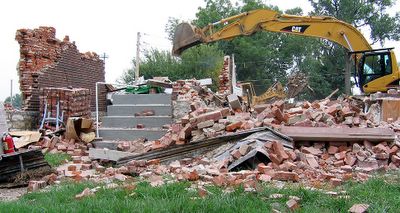 And their former neighbors to the north (above), facing Carondelet Park. I wonder what the views are like out their windows, and how depressing that must be. What kind of varmints have been disturbed by the demolition, and are they invading their house? 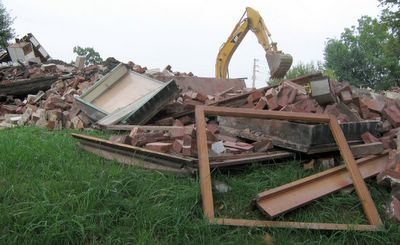 With their block heading toward landfill status, what does The Lone Holdout expect at this point? I support their fight and the legal precedent they hope to set, I just worry about their day-to-day life and health in a demolition zone. 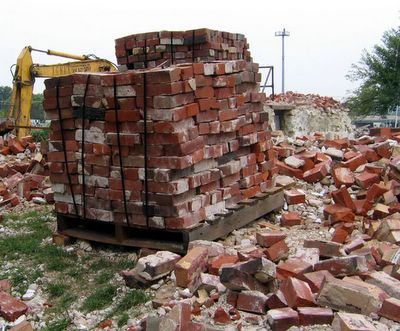 And yet another St. Louis City block is distilled into a neat pallet of bricks waiting to be sold to new home builders in Texas so a Tudor McMansion in Houston will have an air of old authenticity.