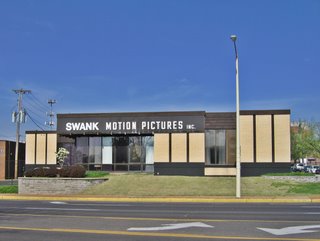 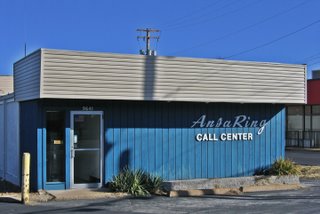 Manchester Road
Rock Hill, MO
Here’s another building which is much more fanciful in my mind than in reality. I see the name of Ansa Ring, and always think of Susanswerphone, the home base of activity in the effervescent MGM musical Bells Are Ringing. My unsung hero, Miss Judy Holliday, plays a switchboard operator at a call center, and that of course leads to finding love with playwright Dean Martin, at his most swoonable.

But alas, it’s just a dry answering and voice mail service for doctors and lawyers… well, there could be a playwright. It’s not so far-fetched. Other than equipment, what makes this modern-day version of an answering service different than a 1960s version? Especially with that name and that swanky font, how can I avoid such fantasies? 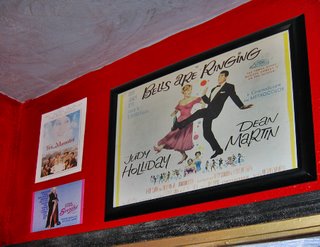 Above is a movie lobby card from the film. It hangs in my bathroom. Solely for intense amusement, I’m always tempted to make a copy of it, and on some evening, sneak up and staple gun it to the outside of their building. But the Rock Hill police (Hi, Radar Ron!) are pretty eagle-eyed, so simply sharing the idea with you will have to suffice.