Today is Black Friday, the kick-off to the holiday shopping season. As we work on lists of gifts to buy for family and friends, let’s consider the importance of buying local: it keeps much-needed money in our community. This is so crucial, that StL is extending the concept one more day to Small Business Saturday.  But imagine taking this Buy Local concept one step further, and buy something made by an actual St. Louisan – you help them pay the bills that helps them contribute to our community, and you give a highly unique gift that makes, say, the Kindle purchased on-line at Amazon seem lazy by comparison. 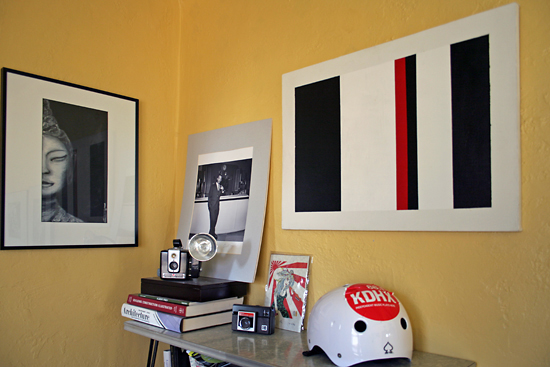 I took a look at the walls of my dining and living rooms and realized I have a catalog of just some of the hundreds of options we have for buying local art. I was also pleasantly surprised to realize that I have only St. Louis-made art on my walls. Trust that this was not a conscious decision; I’ve only acquired things that move me deeply, and it just so happens that the people of the city I love also make art that enriches my life every single day.

Take a look at the vignette above in one corner of my dining room. On the right is “Venus de Milo” by Tony Renner. It’s part of his Birth of the Cool series, 12 paintings inspired by the Miles Davis ( a St. Louisan!) album of the same name.

To the left of the painting is a 1958 photograph by the late Orville D. Joyner, “Man standing at bar during office Christmas party.” I got it at a July 2006 exhibit of his decade’s worth of work, and even got it signed by Joyner himself! And to the left of that is a piece by my friend Gina Dill-Thebeau, a gifted interior designer whose endless creativity needs multiple outlets .  It is a miniature study of what became a giant 3-piece triptych. 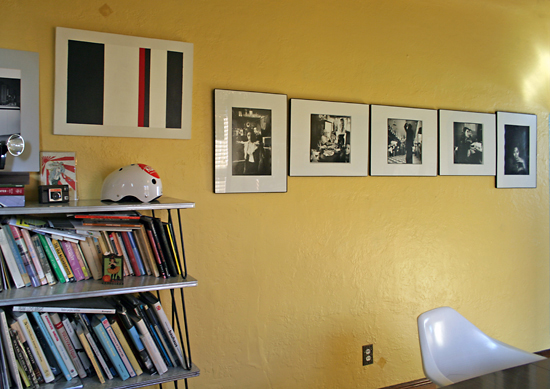 Sweeping across an entire wall is a photo series by Croatian-born Biljana Erdeg, a.k.a BiBi. Not only is she an evocative portrait photographer, but one of the most artful printers in a darkroom. This series of photos are from a New Year’s Eve 2004 Gypsy celebration we went to. The Romani immigrants are a very closed society, but BiBi had been working on a portrait series with some of them, so was invited to their New Year’s party, and brought along a camera. An entire night of wonderful, musical people made for gorgeous images, and being able to see these memories every day is an endless gift. 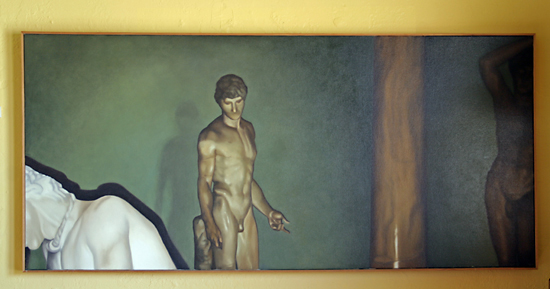 Dominic Finocchio is, seriously, one of the most talented men walking the face of this earth. All who have heard his work with The Love Experts knows he is a moving and accomplished musician, and his art is even, possibly, more moving. This painting, “Roman Statuary,” has so many layers of meaning. After decades of longing, Dominic finally made it to the Vatican museum in Rome, and as he stood overwhelmed by beauty in the Antiquities room, he snapped a photo with a crappy disposable camera before a guard stepped up to stop him. That photo became this painting. 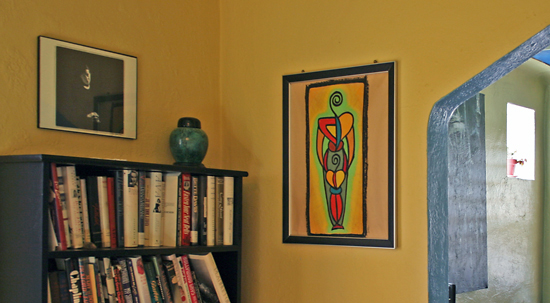 And BiBi and Gina appear yet again in my dining room. On the left is a photo from a portrait session BiBi did with me. On the right is an oil pastel by Gina from an abstract series she did about motherhood. 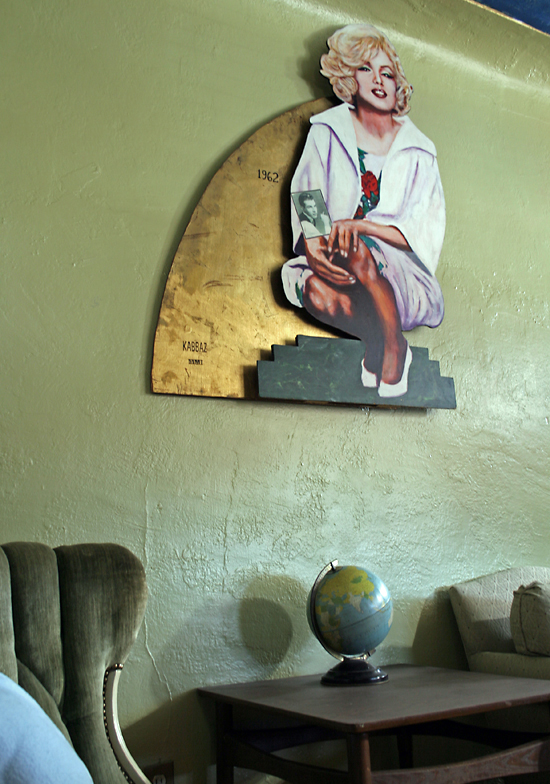 This Marilyn Monroe painting by Demetrie Kabbaz was the culmination of a mysterious and magical relationship with the artist himself. It began with spotting a series of Marilyn (and other icons) paintings in a deserted store front on South Kingshighway (chronicled here), which sparked a friendship (Kabbaz himself hung this painting on my wall!) and a St. Louis magazine article that brought him a tiny portion of the recognition he deserves for his decades of idol worship. 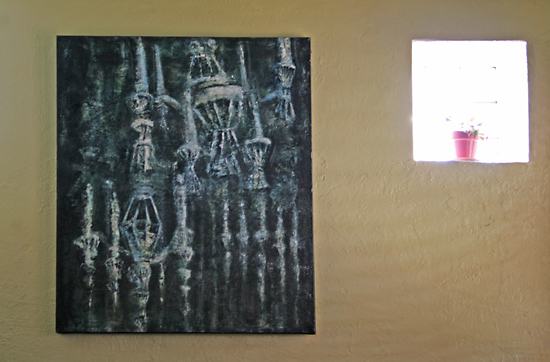 This is the very first painting I bought, in May 2002. I was stunned immobile when spotting it across the large loft space on Washington Avenue where an art exhibit was staged. I couldn’t stop staring at it… it called up deep, seldom-recalled childhood memories that – now recalled – made me feel warm and secure. I guess from spending so much time staring at it, a lady came up to ask. She took me to the artist, William M. Reznick (is this him, now deceased?), an abstract artist and furniture maker.

Turns out the painting is titled “Memory Mark,” like a bookmark for memories. It was his interpretation of lying on his back as a child and staring up through the glass-top dining room table at the chandelier hanging above. It was his personal memory, yet had made me do the very same thing – remember abstracts of the past!

Because he had just finished the painting earlier that day, and because it was his first shot at what he considered realism (so he was a bit nervous about showing it), and my emotionally overwhelmed response to it, he sold me this painting for far less than his other work sold. At the time, it broke my bank to get it, and every day that I see it, I am grateful to have gone without food for a bit to have this in my life.

And this is the power of art, and the magical connection of St. Louis art. This is my argument for buying local St. Louis art this holiday shopping season. If Santa is reading, I’m missing some St. Louis Smiths on my walls… I need a Brian David Smith and a Dana Smith. And we all need to support St. Louis financially and creatively.

If you need a kick start into StL Gift Giving, head over to Cherokee street for STL Style and the St. Louis Curio Shoppe. They can set you up with gifts far more valuable than anything at a mall, and also point you in other StL-centric directions. And may your holidays be merry & bright! 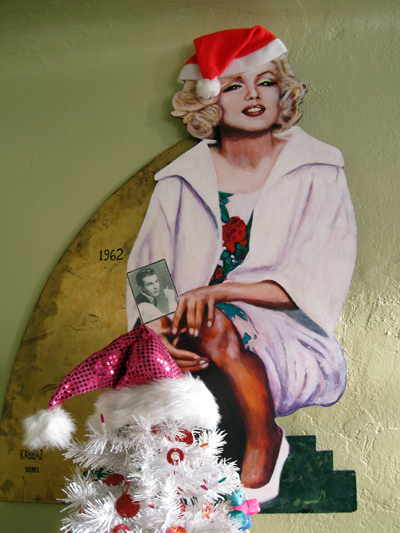