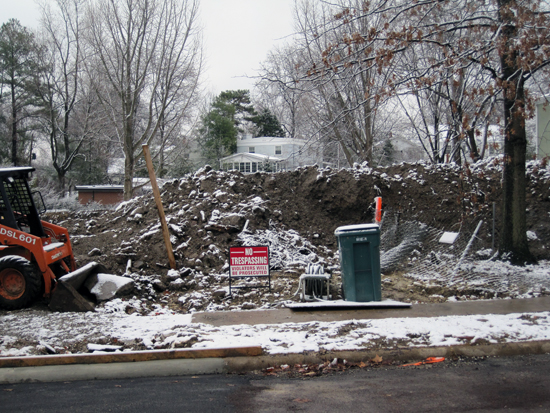 Here’s the construction site of another new home in Kirkwood. Here’s what it will look like: 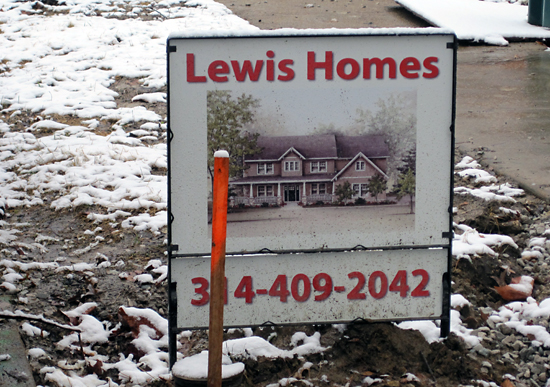 Yawn.
Here’s what was torn down: 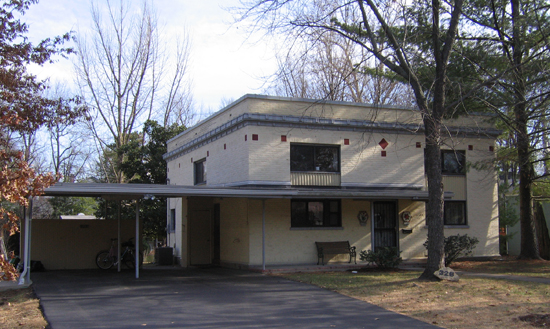 Those familiar with it always remarked how Harris Armstrong it seemed at first glance. Look a little longer and you realize it’s a modernizing remodel.

The home that is now demolished was from 1917.  Somewhere along the way, it was given the ultra-spare modern update, maybe during the late ’50s-early ’60s when anything with even a whiff of Victorian or Traditional to it was considered gauche.

Also of interest is who sold this house to Lewis Homes. The previous owner is listed as Sister of Mercy of the Union. Check out this link and learn this group disbanded in 1991 to instead become Sisters of Mercy of America. Assumption can be made that if they were still using the old title for real estate transactions (for which they pay no property tax, according to St. Louis County records), they have owned this place since at least 1991.

Good thing the Sisters of Mercy don’t own this beauty: 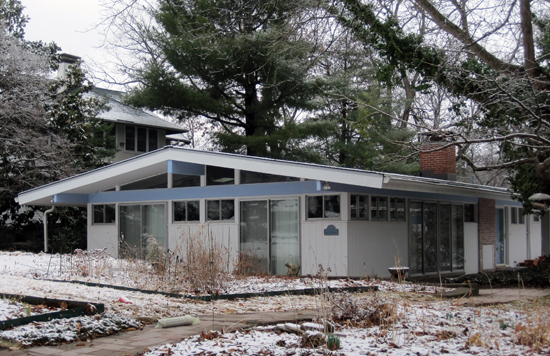 This is a neighbor across the intersection of N. Fillmore and E. Washington. This home and the demolished one are what added spice to this immediate block, because so many eras of architecture are covered. High variety in a bucolic, high-density setting is invigorating. Regardless of time period built, not a one of these homes are immune to teardowns. There’s been plenty of outrage over some of the victims of this trend, but no real solutions… yet.

7 thoughts on “A Kirkwood Teardown Courtesy of Nuns?”