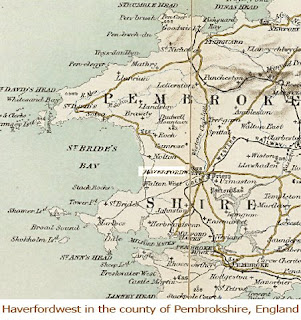 There was a piece in the April 4th business section of the St. Louis Post-Dispatch about Musick Construction building a mixed-use development near the North Hanley MetroLink station. They were smart enough to start buying up small, sickness post-WW2 houses as they went up for sale (pretty cheap since it’s an inner-ring neighborhood), cheapest and have almost enough for a large parcel of land to build anew.

During the next 10-15 years, the people fed up with paying more for a tank of gas than for a week’s worth of groceries are going to slowly migrate back east, retracing the old White Flight trail. So be smart, buy up now, and try to preserve the small bungalows, because as natural gas and electricity prices spiral up, the financial logic of less square footage will kick in, as well.

The name of this proposed development caught my attention: Haverford Square. They opted for the British name, which is common.

Buying a house is, for many of us, the single largest investment we make, and developers know this, so the subdivision’s name is a crucial marketing element in making people feel good about their decision to invest in this particular tract. It’s an important decision on the developer’s part, which is why there are some rules for naming new developments.*

The name can eulogize the natural element plowed over (a field, a brook, a grove). It can highlight the new natural element that replaced the original one plowed over because it was inconveniently placed . Or it can be named after the upgrade from natural element to man-made element (leveling trees to make a shadeless lake). If this level of creativity is taxing, there is a random subdivision name generator that rolls the dice for you! 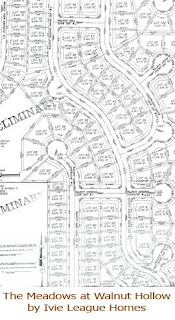 If destroyed nature is a spiritual bummer, going Anglophile is a good option. We Americans are eternally fascinated with anything U.K., and instinctively believe anything British is classier than anything American. In his book Class: A Guide Through the American Status System, Paul Fussell relates the following:

“The appeal of Anglophilia to America should never be underestimated. I say this on the evidence of a correspondence I once had with a friend of mine, a developer who built whole new towns at once. Having run out of names for his streets, he solicited my help. He asked me to supply him with an alphabetical list of classy – that is, British – street names that would attract the eminently middle-class buyers of his houses. I sent him a list which started like this:
Albemarle
Berkeley
Cavendish
Devonshire
Exeter
Fanshawe, etc.
His house-buyers would be spared the shame of living on McGillicutty Street or Bernstein Boulevard. New terrible jumped-up places like Houston are quick to surround themselves with tract suburbs bearing the most egregious British names, like these (which actually are parts of Houston):
Nottingham Oaks
Inverness Forest
Sherwood Forest
Braes Manor
Meredith Manor.”

Much like choosing a baby name, the right subdivision name is important. The writer of this piece on Haverford Square recognized how important a name is and ended the piece by asking how Musick’s VP Jason Dunaway came up with the name:

“One of our guys saw that on a sign out in the country somewhere. We thought it sounded pretty good.”

*My favorite old (a.k.a. 1960s) subdivision name is Seven Hills, which had hundreds of ranch houses climbing up and down 7 steep (as in had to walk the bicycle up some of them) hills. No pretense, just an honest description of the element they couldn’t afford to level.

13 thoughts on “How To Name A New Subdivision”