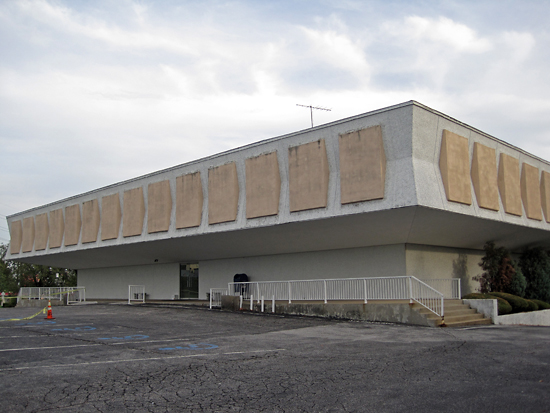 I swear I don’t like this building anywhere near as much as it would seem from as much as I write about it. The building actually unnerves me and lots of other folks who grew up in Florissant. Read the original BELT entry about the Halls Ferry Medical Building.

In Summer 2008,  water damage was causing the hat band cornice to crumble and get all gray and yucky, which just added to the building’s macabre allure. Then a tad over a year later, new owners were correcting the problems. Read how the monster building rose from the grave. 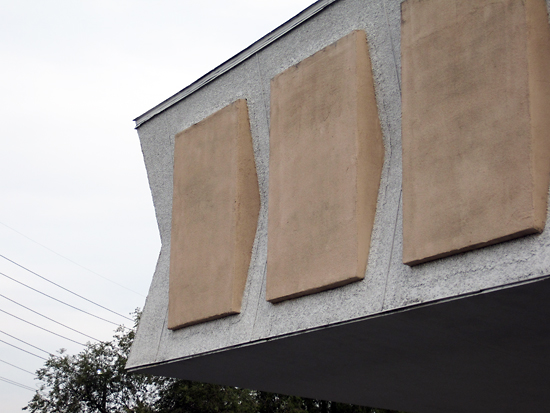 Another tad over a year later, and they’ve painted the raised cornice panels a shade of biscuit? Beige? Tan?
Why?

Are they thinking this will make the building seem warmer, more friendly? And does it? This is not a rhetorical question; I have yet to form an opinion other than “paint it all white, maybe?”

They are doing work to the bedraggled parking lot, and had to re-do the original sign to flaunt all their new tenants: 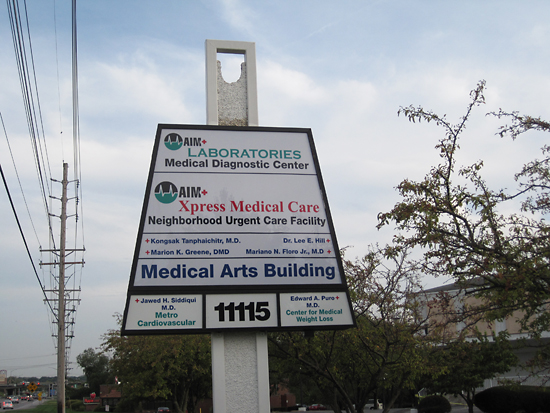 This is nowhere near as cool as the original signage, which was the only friendly thing about the building… 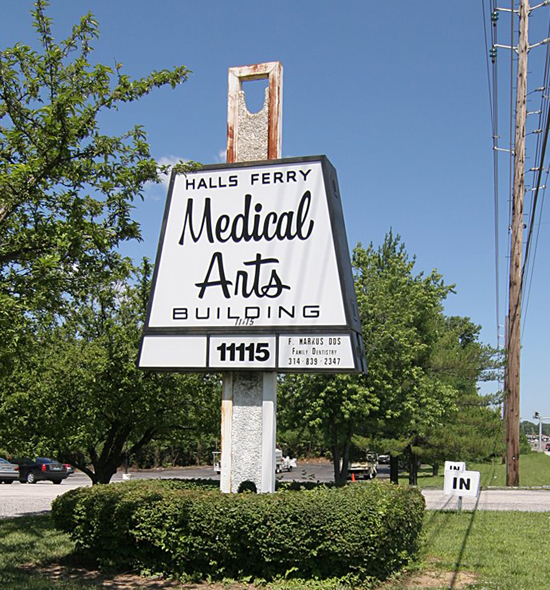 …but I’d rather see a full building than a cool sign on a dead building.

I remain mystified by, and grateful to the new owners who are putting (curious color) thought and money into making this building useful once again. Every new tenant is tax money for Florissant, and I love that they are re-using an existing building (no matter how unnerving) rather than demolishing and building new.  And let’s be frank: to have left this building sitting vacant and rotting would have traumatized a new generation of children in ways far worse than it did us.  So, a round of applause to the new owners, and if they want to take it up a friendlier notch or two and paint the place pink and aqua, I’m on board with it!