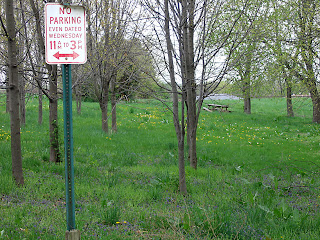 I’ve long been fascinated with this gigantic plot of land plop in the middle of a sleepy neighborhood. This whole area of town is rather off the radar, as it’s a bit on the newer side as far as city neighborhoods go; lots of 1950s tract and ranch homes that stopped short of crossing the county/city line. Then there was this bucolic oasis in the middle of it all (above). 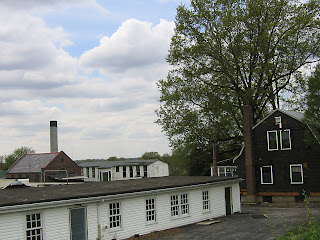 The above photos were taken in April 2005, because just as they started messing around Grand & Loughborough to make a Lowesville, buildings in this fenced in “city park” started slowly disappearing. 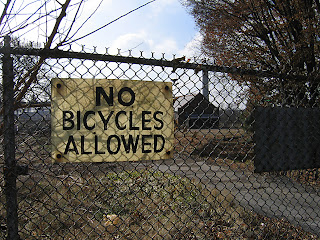 By December 2005 (above) only a few of the buildings in the small village remained. 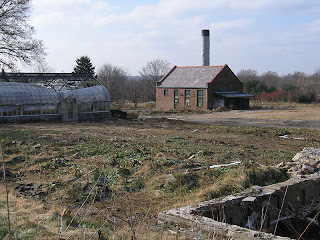 Seems many people know this place was a nursery that served city public schools. Seems people also knew about the first proposal of what to do with this large tract of land. I wasn’t one of them. I never did any research; guess I preferred the mystery over facts coming to an end. And luckily, that plan was nixed. 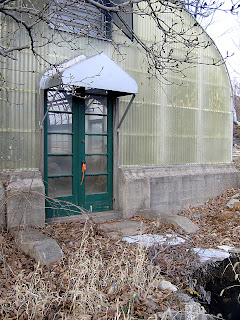 I’m going to miss my private park. I always enjoyed pedaling around this compound because it felt so Leave It To Beaver, so civic, so optimistic. Greenhouses, smoke stacks and round-roof metal buildings tend to make me feel that way. 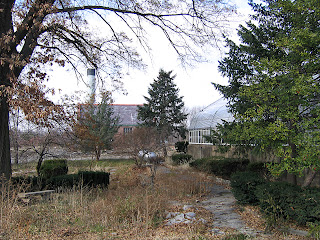 The view along Field Street (the eastern boundary of the property, above) was especially nice. Even though long abandoned, you could still see the stone paths and concrete benches, and the remnants of what had been rather elaborate and loving landscaping. 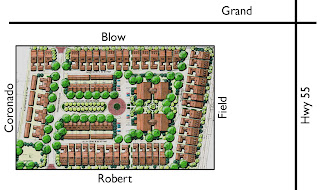 On the company website, they don’t yet have drawings of the homes that will grace the area. You can look at their Gaslight Square offerings and get a close idea of what they’ll offer: brick equals city appropriate; city equals vertical rather than horizontal. These models are far from compelling, yet they are not overtly offensive.

They offer a site plan drawing of what the subdivision will look like, but since they didn’t bother to include any identifying street names, I did that for you (above). I sure hope those north & south streets adhere to the street grid already in place. Kind of looks like it in the drawing, but by excluding the context of the neighborhood it’s moving into, can’t be certain.

From what I’ve read and (barely) seen, I’m down with this plan. Yes, it leaves a lot to be desired, but getting what we desire seldom happens. When thoughtless crap is what gets developed in this general area, a plan that appears to be causing no harm is an acceptable solution. Right now, I remain cautiously optimistic as I watch it with a jaundiced eye.

5 thoughts on “Wondering About Boulevard Heights”