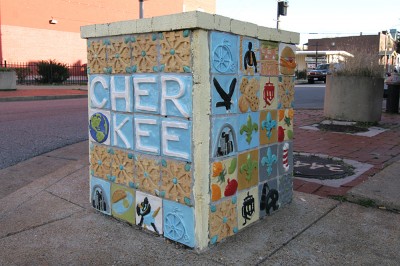 The Cherokee Street Open House felt a bit like a debutante ball, but rather than debuting young ladies into society it was more like grand dames getting their groove back after a messy divorce.  So actually, it was more like a Cougar Coronation… Anyhoo, the old broad is back, much like “Hello Dolly, ” wherein they bridge the gap, fellas and find her an empty lap, fellas ‘cos Cherokee Street will never go away again. 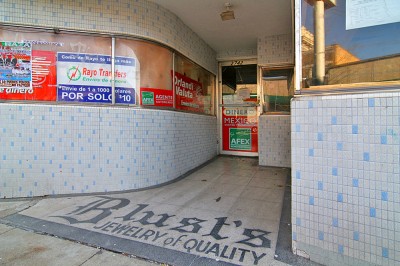 The Cherokee business district was a major retail hub that sprung up around the electric street car lines. Come the cancellation of the street cars in the late 1950s, Cherokee worked on accommodating buses and cars, but as population fled the city, this district was left high and dry. Here’s a good history of the rise and leveling off of the district. 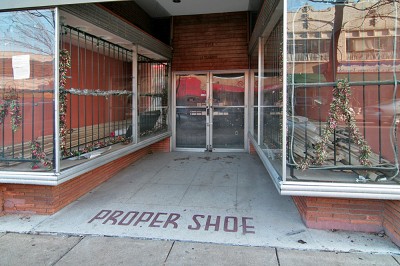 Come the 1980s-90s, things got a bit bleak and seedy. The vast majority of old guard retail died off, retired or moved to the county.  New business moved in to old spaces, but not at the same pace as vacancies, so the district took on the look of a period piece movie set after filming had ended. But this faded grandeur offered up its own charms. 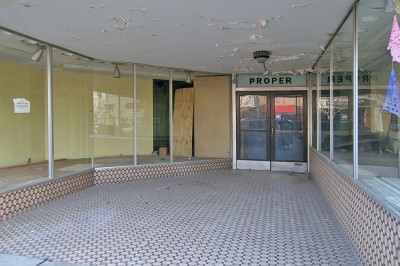 The retail architecture chatted about its past as you walked by, and even if you weren’t listening closely, you still got the gist of what it used to be. 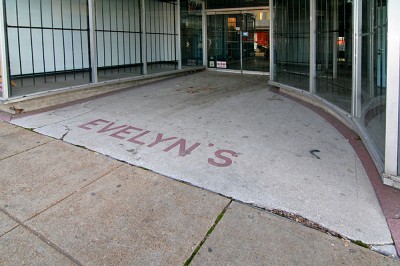 During the near-desolate 1990s, I spent a lot of time at Hammond’s Books, Record Exchange, Salvation Army, and both the Globe Drug and Globe Variety stores. In 2009, gloriously, only Record Exchange and Globe Variety are gone (the former relocated, the latter retired), while the others remain, to be joined by heaping handfuls of new and unique businesses.

(A magical history tour of Globe Drug will be coming up shortly.) 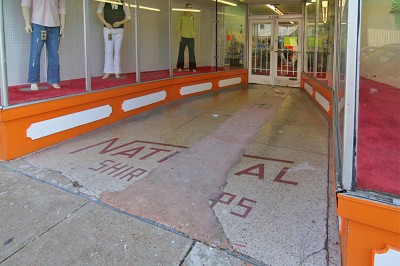 It’s pure delight to have new proprietors walk over the terrazzo thresholds of past shopkeepers and prop their wares into the same display windows. It’s both an appreciation and continuation of a grand tradition. 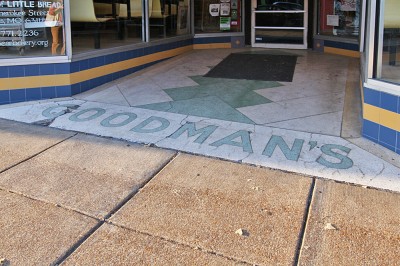 Talking in sweeping generalizations, key South City business hubs were vacated by whites and left floundering until two groups unaffected by the weight of its history came along: immigrants and young people.

Think Bosnians bringing Bevo Mill back to life, or Asians injecting flavor into the South Grand business district. In both cases, it’s a group of foreign people settling into an old American city, noticing the near-empty spots of high density business and residential similar to their homeland, noticing how cheap the real estate is and noticing that it’s theirs for the taking. 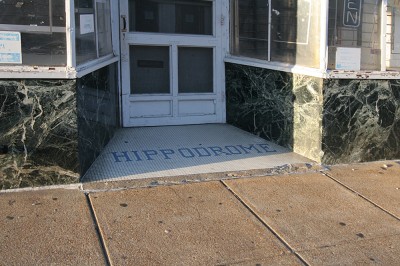 With optimistic foreign energy percolating, the young and adventurous come along to bask in the freedom from mall culture, and a new “frontier town” blossoms. And so it went with Cherokee Street and the large Mexican population blooming in St. Louis City.  They took advantage of the ready-made space, and now the young and adventurous native entrepeneurs are filling in the gaps with shops and unique concepts that perfectly compliment the veterans in the area. Here’s a brief smorgasboard of the variety of the area. 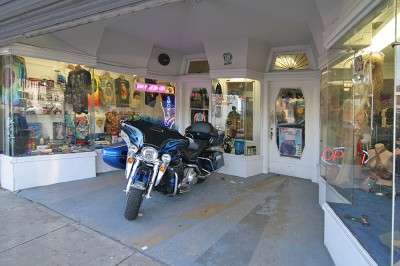 So, on one deliciously sunny spring day, Cherokee Street proprietors opened up their doors for a massive meet-and-greet party, a genius way to distill and bottle the new essence of the district, letting visitors drink until drunk on the goodwill of possibility. 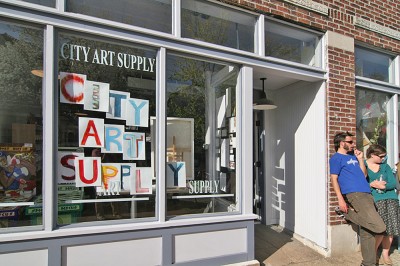 Pianos tinkled and aquatic fairies twinkled, and all was right in South St. Louis.  Cherokee Street has set the bar high for civic pride, education (the historic plaques on the buildings are frickin’ brilliant) and uplift by osmosis.  Their brand of Open House is a model I hope other burroughs of the city will adopt to embrace and elevate what makes St. Louis City so vibrant. 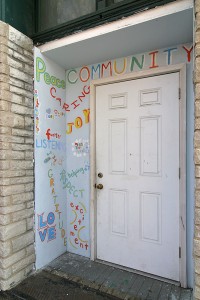 As the sun set on the day, a loop paraphrasing Dr. Suess kept on in my brain:  “and to think that I saw it on Cherokee Street.”   Click here to see more photos ot the Cherokee Open House.