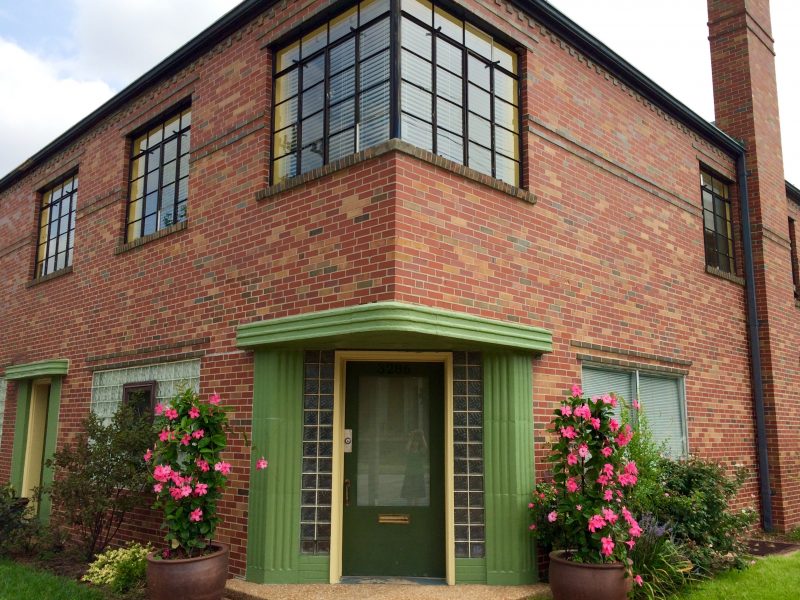 I have long admired this building, always so crisp and clean, immaculately cared for and coordinated, all year long. But it has a special luster every summer, when that flanking pair of pink tropicals appear, so vibrant and luscious against the complimentary green that they appear to be fake flowers.

An inspection on foot confirms they are real flowers, and every detail of this building at the start of the Ivanhoe Business District (or Downtown Ivanhoe) looks as good up close as it does paused momentarily in your car at the stop sign intersection.

St. Louis City records list the building as erected in 1948. The 1947-48 City directory confirms this. The 2-story portion at the corner has marvelous (and what appear to be original) metal frame windows that wrap around 3 of its corners, and a shallow hipped roof that feels like a surprising choice since the art deco flourishes around each shop entrance may have suggested a flat roof. 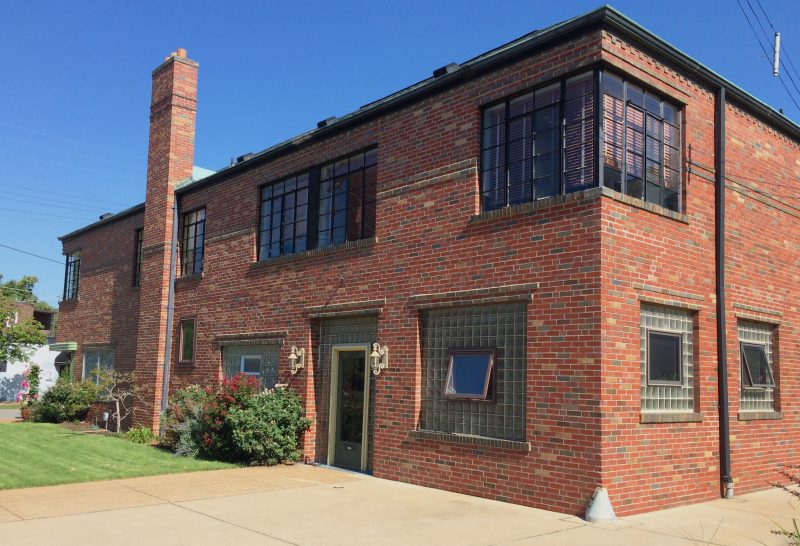 The building lists only one address on Fyler (6669) and from day one, that belonged to dentist Samuel L. Benson, until it switched over to Surveying Instruments Serv. Co in 1965. I’m guessing this entrance leads directly to the 2nd floor where an engineering firm resides today. When the evening sun shines in those 2nd story windows you could once see what looked like a drafting board, and I like to imagine how wonderful it must be to work in that environment, enjoying that view of the mid-century modern church across the intersection. 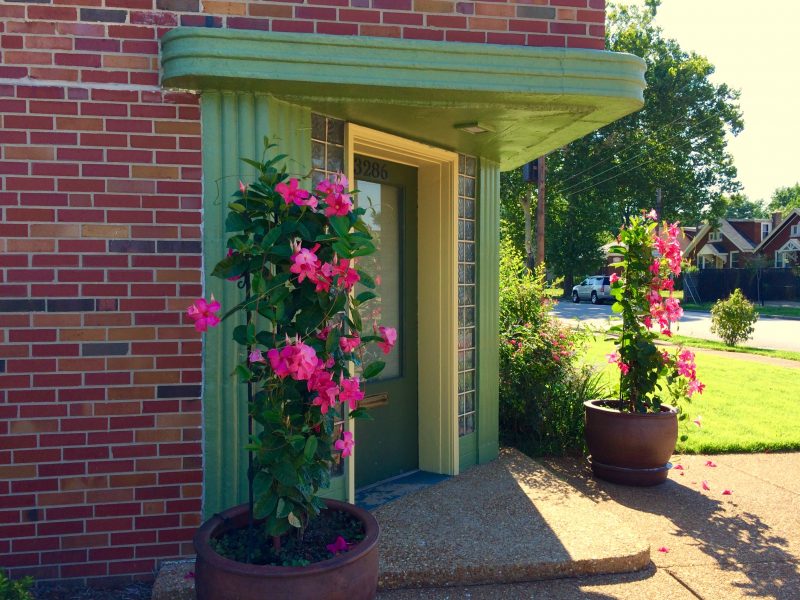 Here’s the entrance to 3286 Ivanhoe with the divine color coordination. The city directory listing from 1948 to 1954 simply states “Fred H. Schneider” with no descriptor of it being a business. It was leading me to think that this was possibly the entrance to the second floor? But by 1955 it was the home of Winkelmann-Ivanhoe Pharmacy for almost 15 years, which was surely a ground floor shop, yes?

If you know the particulars of 1st and 2nd floors of this building, please do share them as a comment. 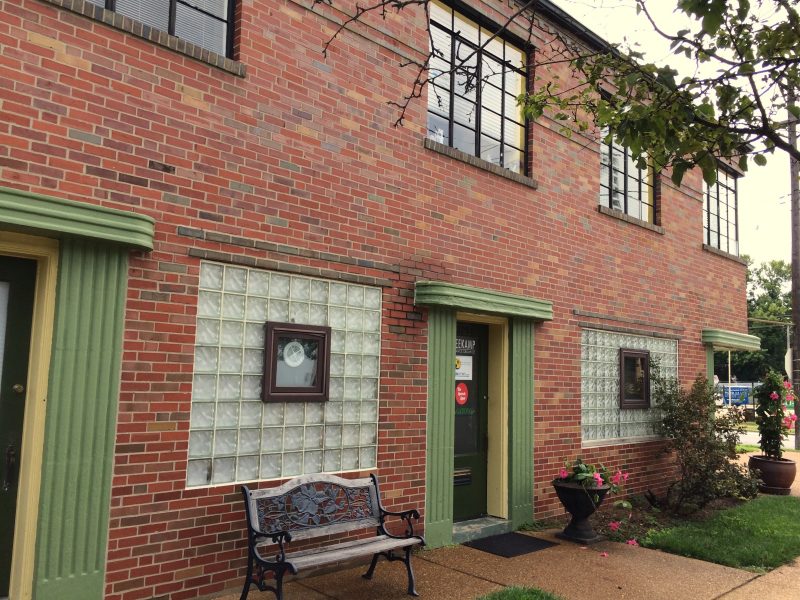 As we walk north on Ivanhoe, we have a charming series of shop entrances that mimic the design of the corner. A repeating pattern of curves and grooves and glass block, with landscaping (all the flowers remain pink!) and benches and cool morning shade. So delightful you really need to experience it in person.

In 1948, 3284 Ivanhoe listed the physicians Powell B. Cappel and Robert M. Keller, and remained a rotating crew of doctors for the next 20 years or so. 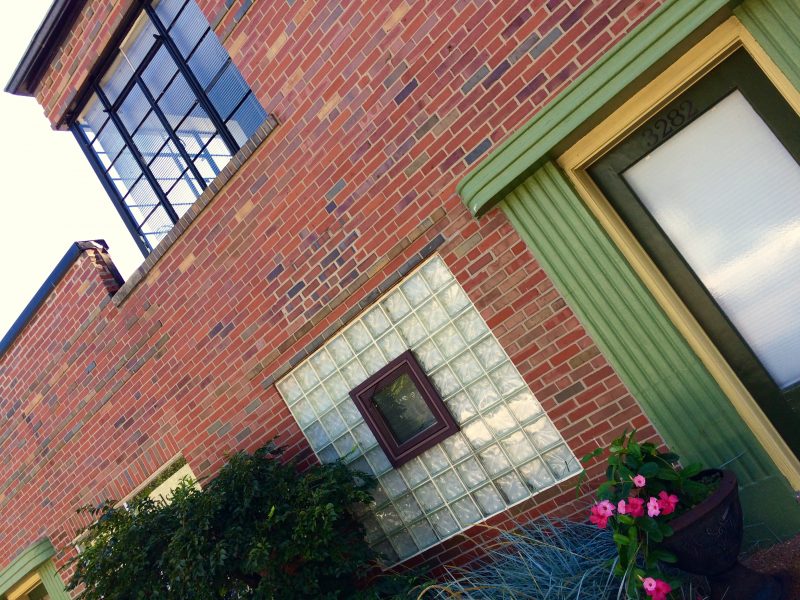 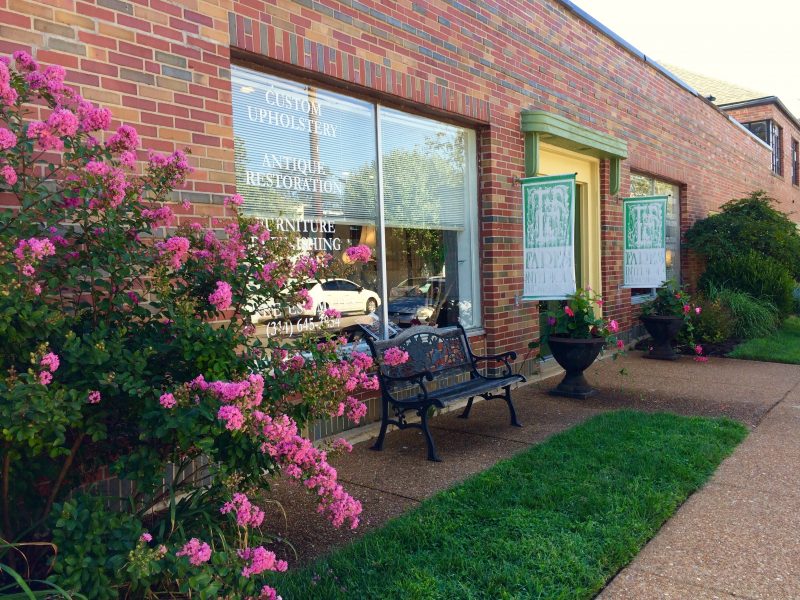 The deco door frame of 3276 Ivanhoe opens up for a double-wide entrance and store front, which began life as the Salvator DiCarlo grocery store in 1948, amended to DiCarlo’s Market by 1952, and Martin’s Tomboy in 1960. City directories show that the current tenant has been there since at least 1980. 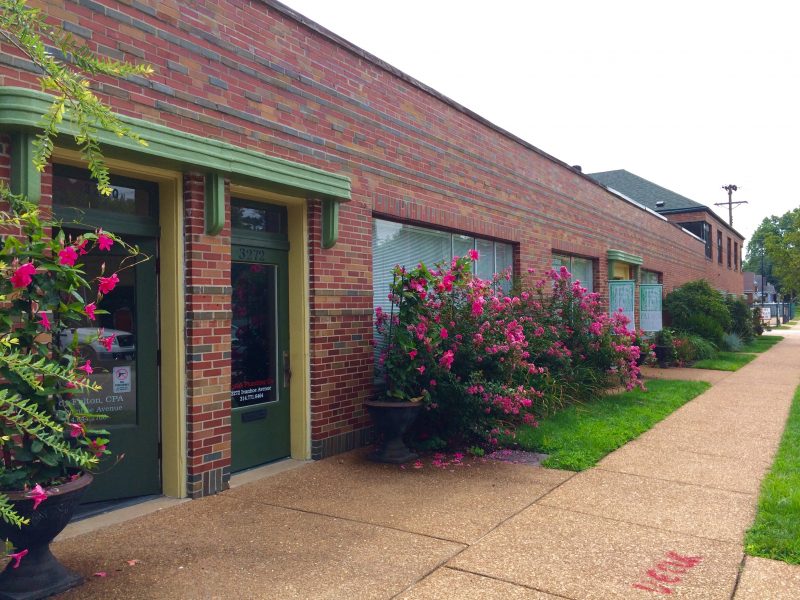 And here’s another clever design change-up; grouping two single doors under a modification of the deco frame. The whimsy of consistency.

In 1948, baker Roy L. Blase occupied 3272 Ivanhoe, and Louis Carstens dry goods was the neighbor at 3270. In 1952, the baker gave way to Russell-Wehner Radio & Television Service, which is a reminder of when televisions had hit enough of a critical mass that neighborhoods needed a place to have them repaired. By 1955 the groceries gave way to the Ivanhoe Paint Shop, and was divided up as a single or double store front over the coming years.

A nice thing about reviewing tenants of this building for nearly 70 years is that all of the addresses were always in use. Even if one was listed as vacant in one edition of the directory, it was occupied the following year. And that remains the case to this very day. And who wouldn’t want to set up shop in such a handsome building?