On a beautiful spring day, the St. Louis Riverfront was crowded with folks renting bicycles, taking helicopter rides, watching a high school bandplay under a tent overlooking the river, and climbing up and down the Arch steps.

In Downtown St. Louis, a neighborhood loft tour was underway, the restaurants and hotels were hopping and tourists were walking around with cameras.

These two areas are severely divided by the Interstate 70 overpass, which creates a dark, dirty, noisy and imposing barrier people have to navigate through to get from, say, the Convention Center to Laclede’s Landing.

In this concrete, steel and pigeon poop void is where Kara and Steve Holland hosted a Picnic Under the Highway. That’s the video above. And you can see photos of the event here.

Turns out it’s people who make a place vibrant and alive. Huh. Would be nice if this simple concept could become a part of city development and planning. Maybe start with how people would use a space and work out from there. There’s been some official recommendations passed onto the powers-that-be about this very thing.  Let’s hope all the pieces come together to create a win/win for everyone. 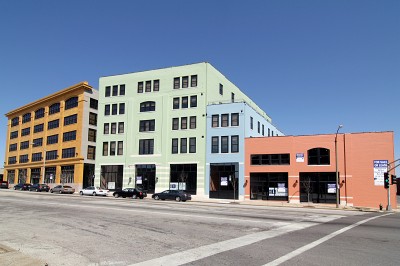 The buildings on both corners of the west side of this intersection have got a new coat of paint, and the effect is absolutely stunning.  It looks like colored eggs in an Easter basket. 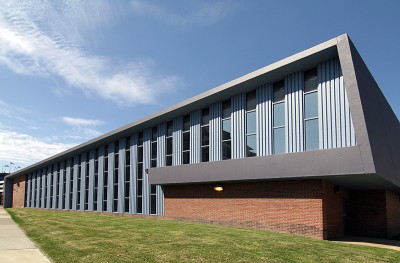 When we get a new hairdo or whiten the teeth, it spiffs us up without changing the basic essence of who we are.  Same goes for buildings.  A little patching, a little paint and some prideful TLC goes a long way towards boosting civic self esteem.  Thank you to these building owners for their fabulous efforts. 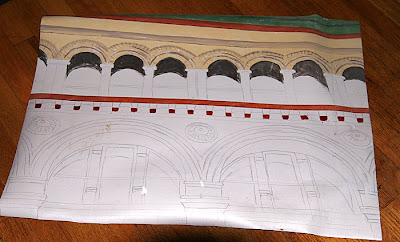 While digging in the basement for something that’s still missing, I found the artifact shown above. It is a detail of the former Board of Education Building in downtown St. Louis from a photo I took in the mid-1990s. It is rendered in acrylics on a sheet of linoleum 30″ x 22″. It was to be a floor mat for the kitchen.

Yes, a floor mat.
Yes, it’s OK to laugh.
I remember that it was because of everyone’s laughter that I abandoned the project in the first place. This is why it has remained hidden for well over 10 years. Enough time has passed that I now, too, find it hilariously dorky. 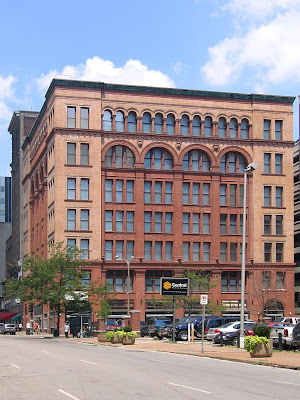 But I am not embarrassed at how inspiring this building has always been for me. The shapes, the colors and the textures of this 1893 building by architect Issac Taylor make my heart sing. Learn a little more about it here.

In the days when downtown St. Louis was on life support and my daily lunch walks felt like traipsing through a graveyard, this building always appeared optimistic, as if it knew better days were coming. 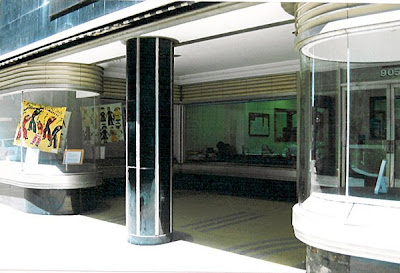 The elaborate art deco store front on the Locust Street side was always a special thrill, especially when the Board of Education was still actually in residence. As seen above, kids’ art work in the gracefully curved display windows was disgustingly charming, and just added to the impulse to paint a portrait of the building…. so I could walk on it? 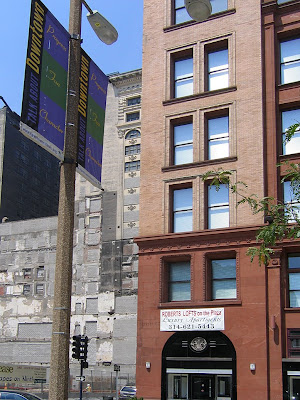 In 2005, the Roberts Brothers erected a few signs promising a new life for the building, and my heart fluttered. But because it stood in the shadow of the scars of the Century Building (to the left in the photo above), cynicism and worry trampled on hope.

But all is now well. The building – now called Roberts Lofts on the Plaza – is fully rehabbed and renovated and nearly full. The art deco store front is even safe and sound. The Roberts Brothers are truly knights in shining armor for rescuing so many worthy buildings and creating new ones, and my heartfelt thanks goes out to them for keeping the Board of Education building forever fabulous. 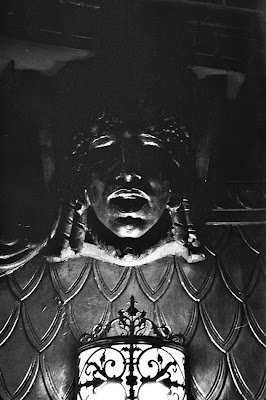 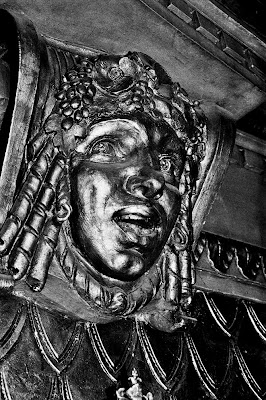 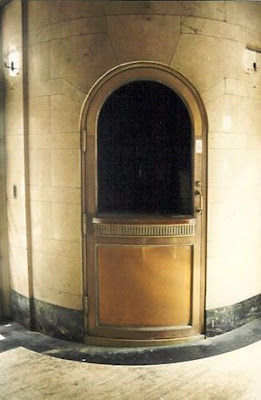 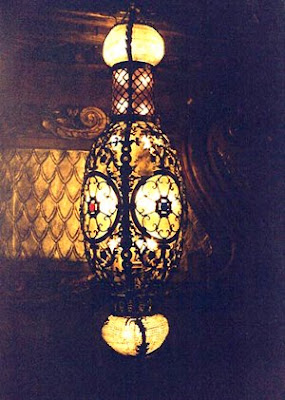 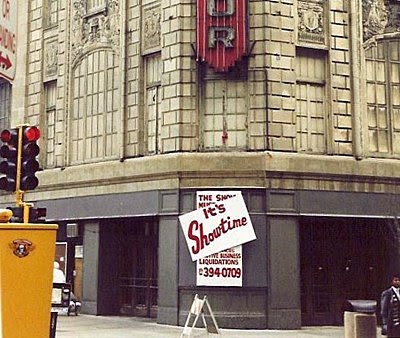