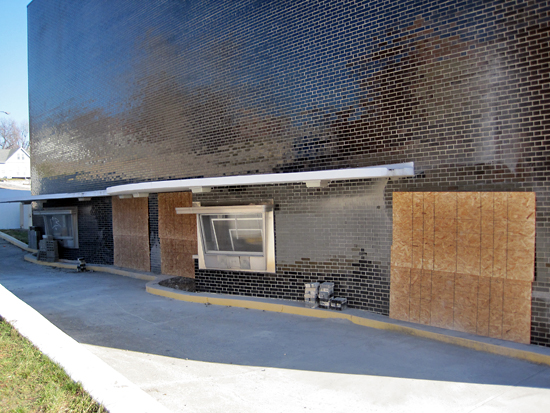 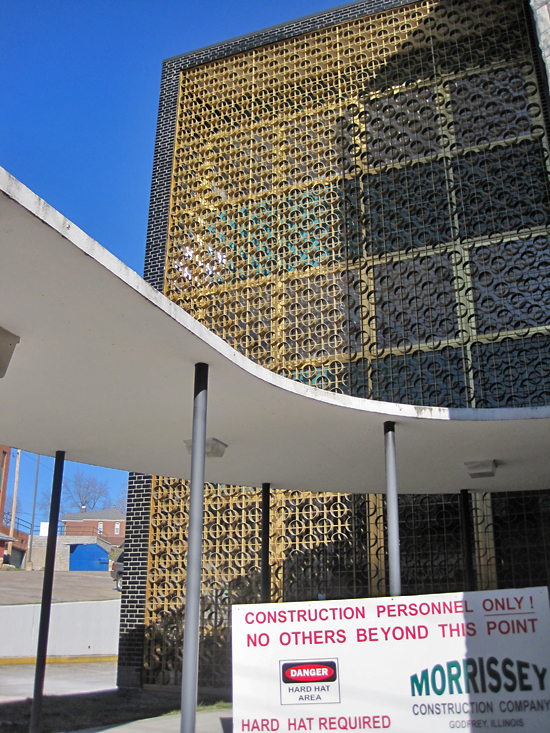 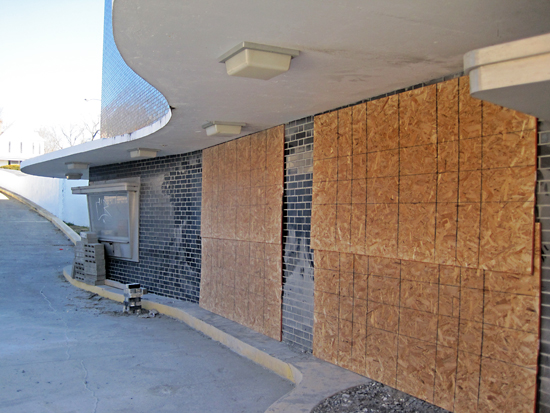 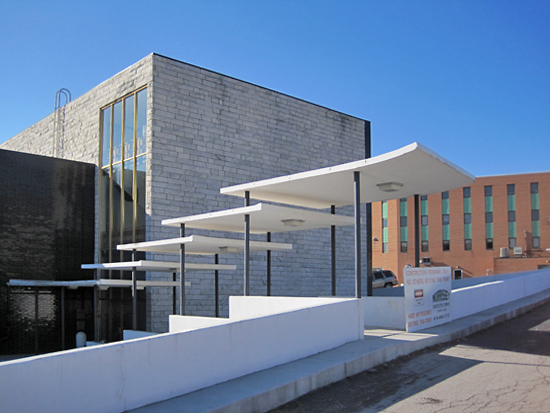 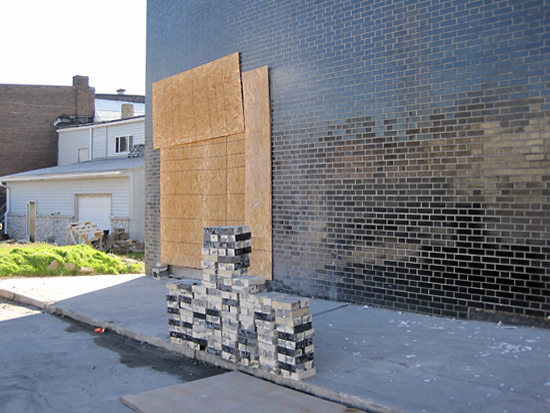 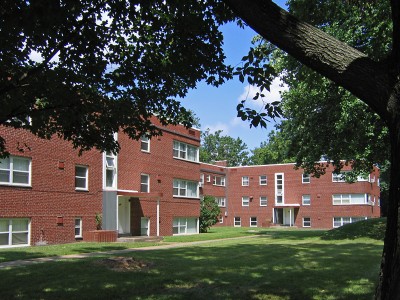 If you know where Fast Eddie’s Bon Air is on East Broadway in Alton, Illinois, simply take a left up Washington Avenue, and about a mile up the road is this lovely, 3-building apartment complex.  It’s called Cherry Hill, and there is a good-sized mound to the east that may qualify as a hill, and maybe it did once have a cherry tree on it.  Then again, development names are applied so randomly that it probably means nothing. 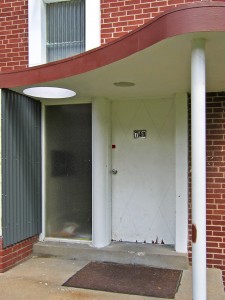 I’ve yet to find a way to look up Alton property information on-line (and if you know how, please do let me know), so am making a guess that this complex went up in the very early 1950s.  There are quite a few other mid-century modern school and retail buildings along this stretch of Washington Avenue that went up from 1952 – 1960, so it may pre-date the earliest ones by a year or so.

As seen above, the entries to each building are whimsically modern, and the original doors with a nice harlequin pattern remain in place (although somewhat worse for wear). 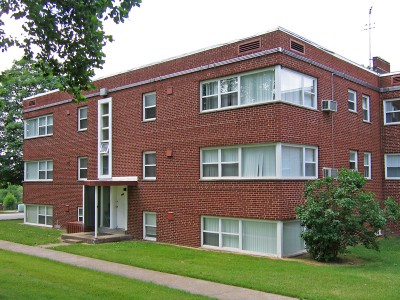 The buildings themselves have a stately symmetry, and those wrap around corner windows would let in a generous helping of natural light.  In the photo gallery of the apartment’s rental site, the view out those windows is pretty nice, and they have renovated the kitchens and bathrooms in an acceptable manner.  The prices are really good, too. 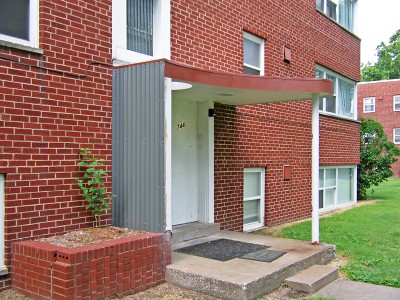 As often as I pass by Cherry Hill, I never see anyone milling about, or coming and going, so it seems like a mild-mannered relic of low-key modernism.  Very charming.