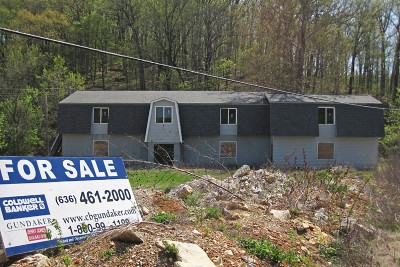 Yeah, good luck with that. 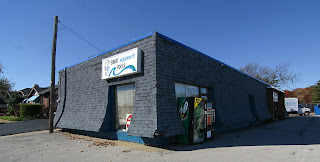 Intersection of Gravois & South Lindbergh
Sunset Hills, MO
In the late 1960s through to the 1970s, suburban apartment architecture went crazy with a bastard form of the mansard roof. I lived in just such an apartment complex, so was ultra sensitive to their unseemly popularity. At this website, the author even refers to it as “revenge of the Mansard.”

So the building shown above really really grinds my teeth. It is nothing but mansard! 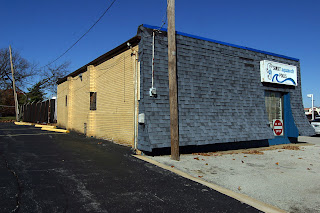 As seen from the rear, this was once a normal building. Built in 1960, it was originally a full-service gas station. Today it is a pool supply company. Not sure when it was decided that pulling the roof down to the pavement was a cool idea, but someone bears the karmic scars of this aesthetic assault.

Or maybe they just had a sly sense of humor, and erected an asphalt shingle monument to… 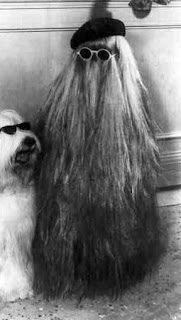