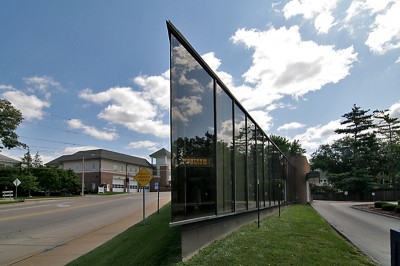 As you tool past it, this building gives the best optical illusions. 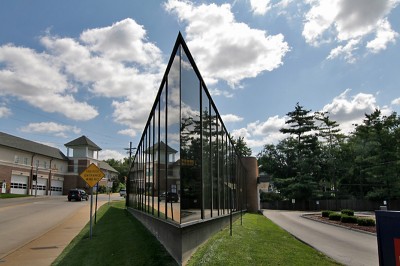 In the small sliver of space it occupies, it is both translucent and opaque, reflective and absorptive, grounded yet floating.   It has always struck me as passively menacing, which pretty much sums up how I feel about finance, so it’s appropriate architecture for a bank. 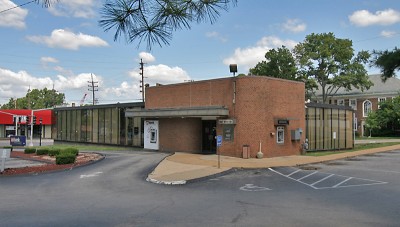 This building went up in 1978 for United Postal Savings, and remains a bank to this day.  As you can see from this aerial view,  the architect had to work with the odd angle of Dale Avenue and a small lot.  The building itself is only 3,228 square feet, which is small for a modern commercial building.  But it packs a lot of style and attitude into a tight spot. 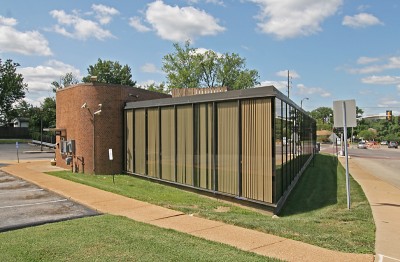 The brown brick creating soft curves for the lobby entrance is the only relief from the severity of the right triangle, and it feels as if they had to design a less-threatening entrance just so people could work up the nerve to enter the building. 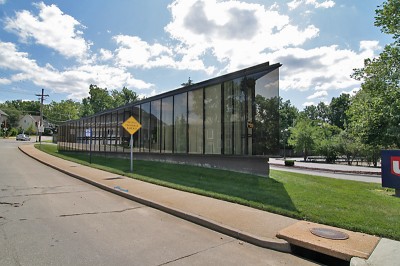 As with so many of the mirror-glass wall buildings of the post-modern architecture style, the inhabitants tend to feel uncomfortable with being exposed and ruin the aesthetic intent with yards of metal blinds.  In this case, the vertical blinds add a consistent texture that slightly reduces the ominousness, but also hampers the effect of reflective transparency.  Then again, people have to use buildings, so the function should be given as much weight as the visual impact.

But blinds cannot take away from the architectural editorial on the fine point of this building.  Depending on the angle, it looks like a cut-throat straight razor  or a plunging stiletto.  No matter the era, finance cuts like a knife. 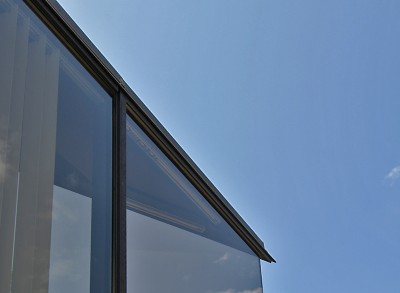 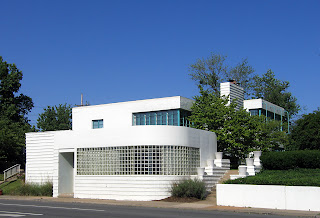 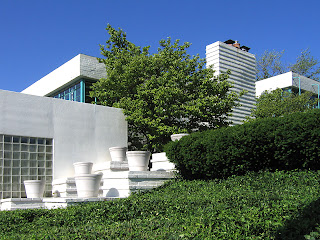 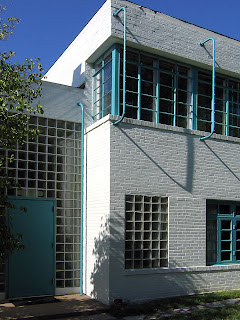 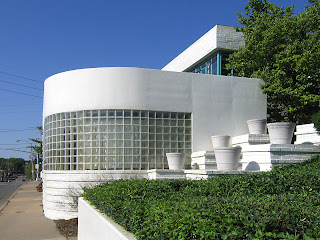 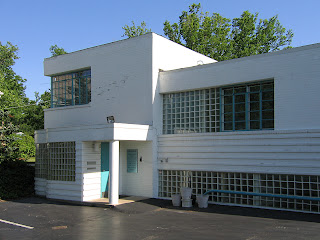 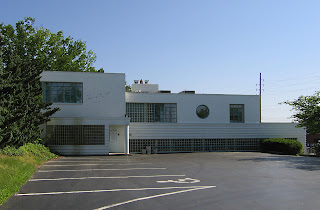 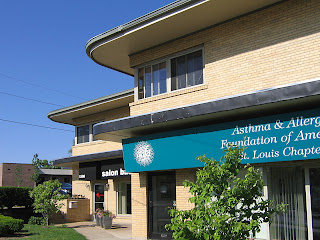 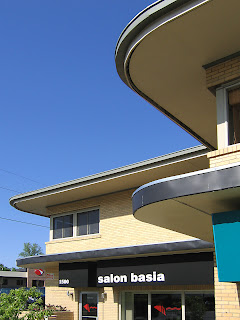 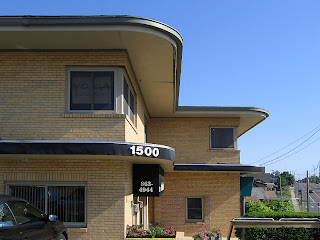