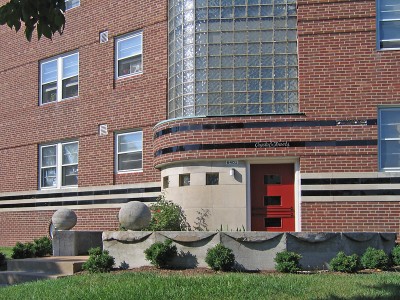 I’m sending a Valentine to the Crystal Tower Apartments in the Lindenwood Park neighborhood because it deserves some lovin’.   Though it never pops to mind when someone asks me about my favorite St. Louis City buildings, my heart beats a little faster each time I pass this art deco charmer.  So on this day of cupids, chocolates and roses, I’m leaving a cyber Valentine in the Crystal Towers lobby ‘cos I’m sweet on it! 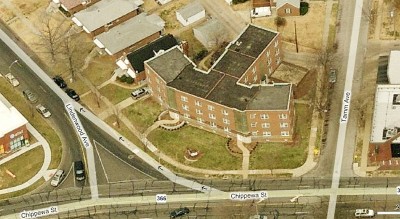 The apartment building went up in 1940, so its art deco flair is authentic.  It has 12 one bedroom apartments, and 6 two bedroom units.   So often with St. Louis City apartments of this vintage, the exterior is all handsome come on, while inside, the apartments are vanilla bland.  But courtesy of Craigslist, turns out Crystal Towers apartments are plaster cove ceilings and arches and gleaming wood floors and trim.  In short, it looks like it has been shown constant and loving care through all of its decades, which is a rare trait in apartments for rent. 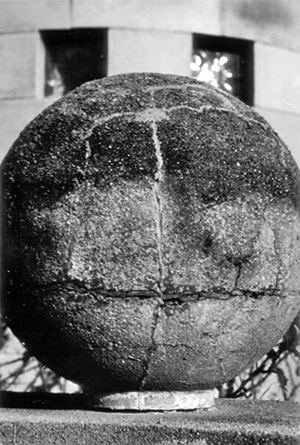 While working on this Valentine, I found that my crush on Crystal Towers goes back as far as 2001, when I used its outdoor entry patio as an example of texture for a black & white photo class assignment. 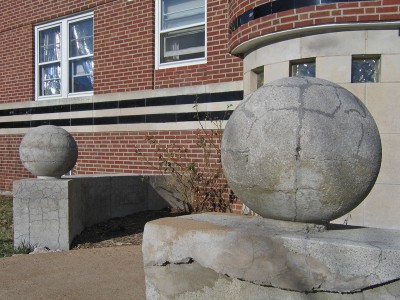 Note that some 9 years later, the same concrete globe has been scrubbed of 2001 grunge, and someone keeps up on patching the cracks.   The entry has the subdued drama of a Hollywood movie set; maybe an exterior for Nick and Nora Charles in one of the movies from The Thin Man series?  The building is also slightly nautical, and even writes its name in cursive above the front door. 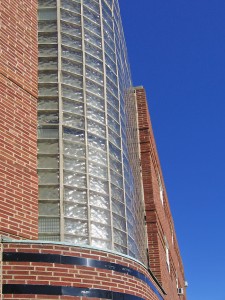 Shall we assume it took its fanciful name for this pillar of glass block?  Which, if so, just adds to its harmless and charming allusion of swellegance.  This is why I want it to Be My Valentine!