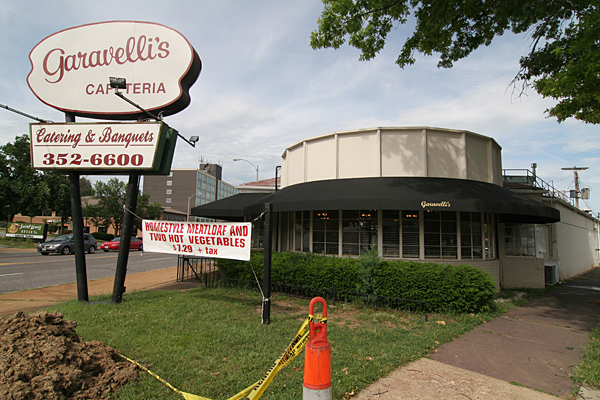 2013 has not been a good year for restaurant institutions in St. Louis. First Ponticello’s Pizza in Spanish Lake, then Duff’s in the Central West End, and now Garavelli’s. 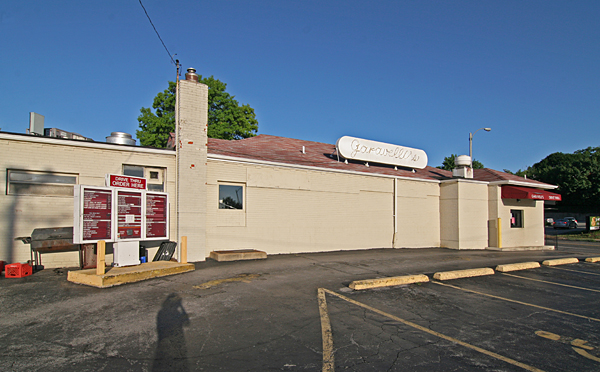 Just short of 100 years in business, the current owners (of 23 years) have to close due to financial strain. Reportedly, their electric bill ran to $6,000 a month during the ultra hot summer of 2012. They simply can’t afford another summer like that. And their customer base is dwindling due to advanced age. 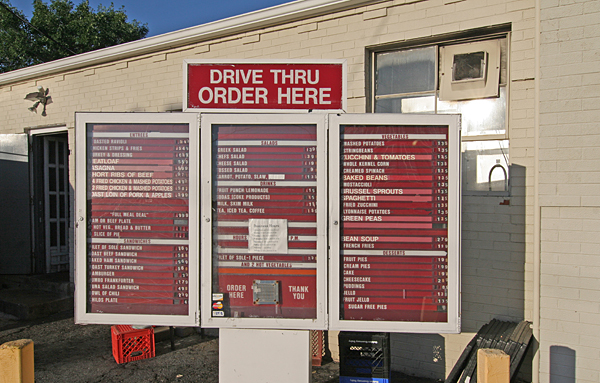 We’ll get back to the age factor in just a moment. Let’s look at the drive-thru menu (above) objectively. What other convenient drive-thru is going to offer you vegetables like that? Where else can you quickly grab a pork steak and two sides to go for under $10?  As of June 28, 2013 the answer is “nowhere.” 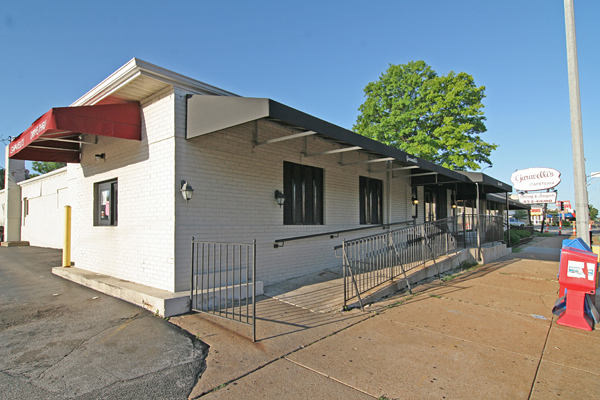 Garavelli’s began in 1914, and eventually had multiple locations throughout St. Louis, including DeBalivere in the Central West End and Manchester Road in Rock Hill. This building in St. Louis Hills, on Route 66, went up in 1946, right before the dawn of mid-century modernism as personified by car culture. But in keeping with the rapid ascension of the Auto Age, they installed the drive-thru because they were in a prime motorcade location. 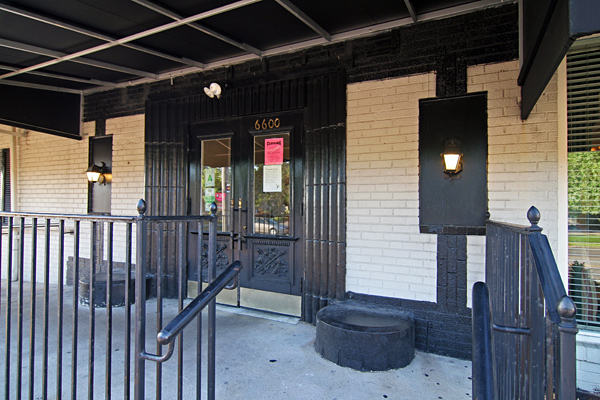 A dear friend (who is under the age of 60), who is beside himself for losing the best fast food ever, aptly describes the place as “very Mildred Pierce.” The 1945 Joan Crawford movie or the recent HBO remake? Take your pick – both apply. But a great description, especially for the pie! 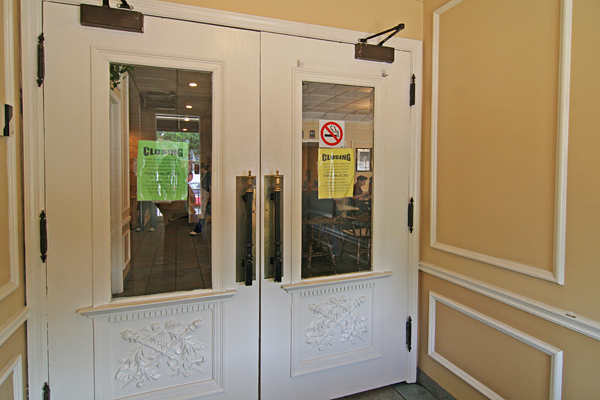 Immediately after World War 2, the early-American, faux Colonial aesthetic still prevailed, and that Mildred Pierce-ness begins in the foyer of Garavelli’s. 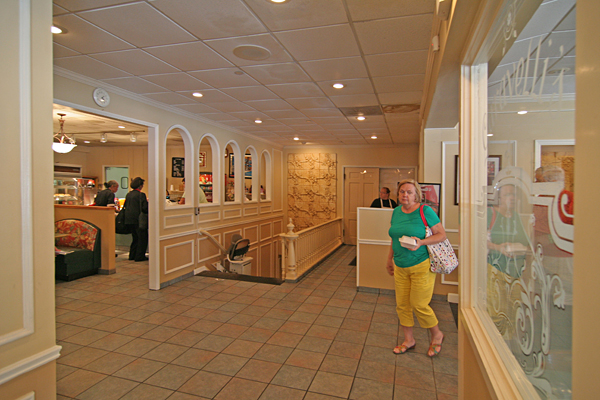 There’s been much remodeling over the years, but its essence remains in tact. And whistle clean. The stairs (above) lead to the basement banquet hall. They added a stair lift to accommodate the disabled, along with an accessible ramp out front. It’s easy to make cracks about the age of their clientele – everyone does – but it also makes the place fully accessible to everyone. 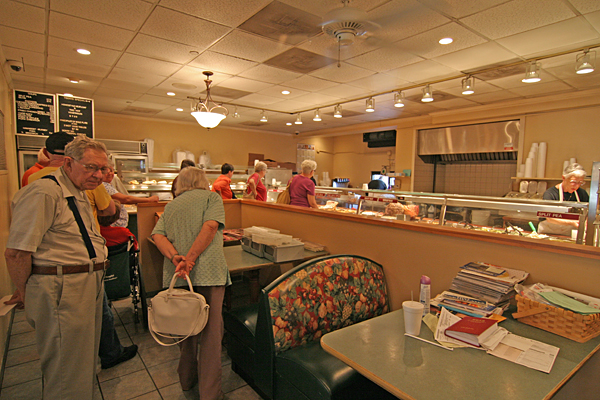 And here’s the heart of the Garavelli’s experience – the food, the glorious food, served cafeteria-style! 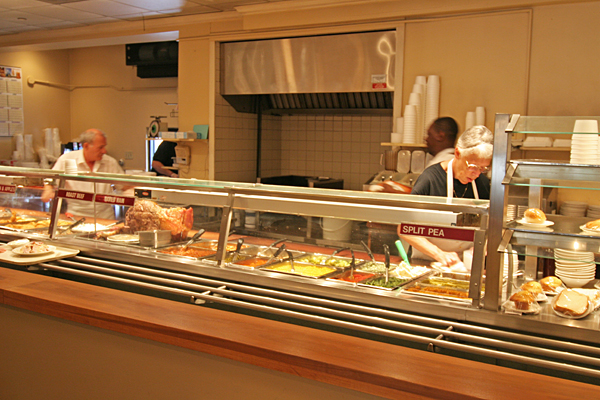 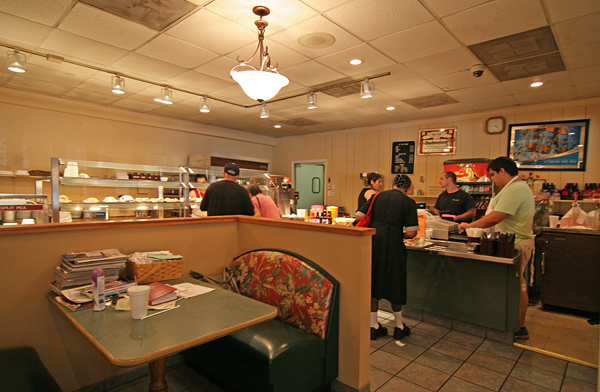 OK, let’s talk about the aging issue.
Cafeteria-style dining has been fading from favor for the past 30 years, with Garavelli’s being one of the last hold outs. There are still a couple of Miss Sheri’s open, similarly located in parts of town with a large senior population. It’s a 20th century form of dining that has been usurped by car-centric fast food chains. 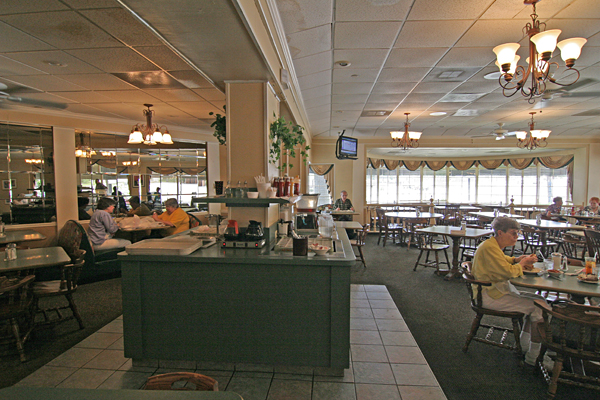 Modern Americans have overwhelmingly voted with their pocketbooks for fast, convenient cheap crap over sit-down, low-priced real food. The cafeteria is much like blacksmiths and phone booths – there’s just not a vast market for them anymore. And even as a child in the 1970s, my mother would make cracks about cafeterias (which we ate at frequently) being for the elderly because they served a wide variety of small portions. Which is another aspect that dooms cafeterias – we are now a Super Size Nation. 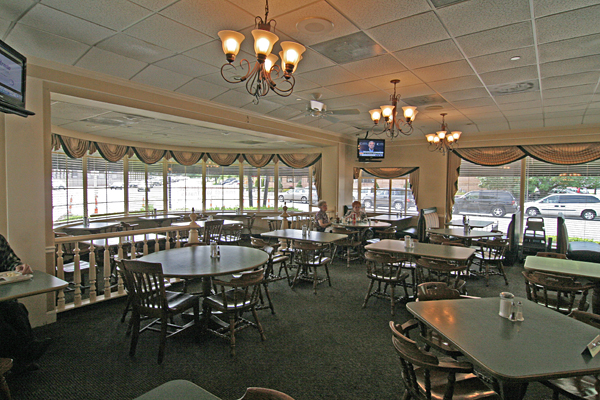 But Garavelli’s is known for their generous portions – almost too large – at ridiculously low prices. Younger folks who have done Garavelli’s tend to disparage the food; depends what you get. They are known for their fish, pork steaks and meatloaf. The sides are always delicious. With such an astoundingly large and ever-changing selection, you’re bound to have a wide scale of hit and miss. 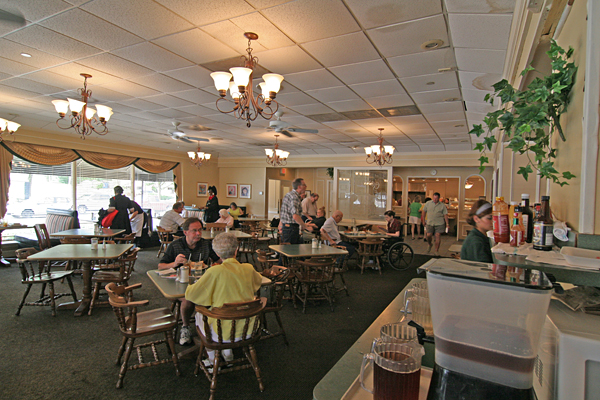 But popular consensus is that they are consistently good. “Good” is an under appreciated quality in a Foodie world. And it’s real food- unfussy, untrendy. Which brings us to a major aspect of Garavelli’s downfall that could have been righted. 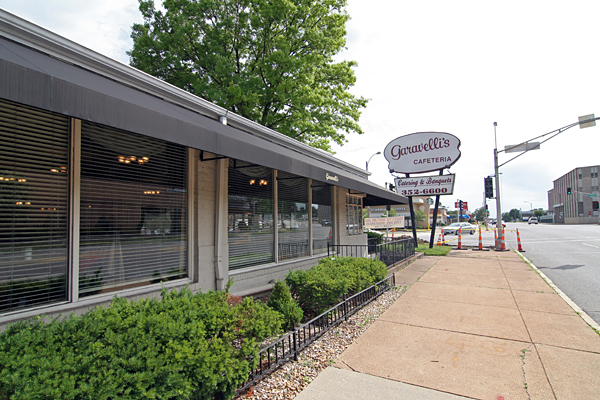 Restaurants are all about marketing – marketing your style, your vibe, your cuisine. How many times have we bought into crap because it was so expertly presented? But marketing can only take you so far, which is why the restaurant business is notoriously difficult to succeed in for the long haul. To last 99 years means you had to have the food part down pat.

But somewhere along the way, Garavelli’s lost the marketing instinct. I hear it’s because the current owners are just too darn busy churning out the meals to their loyal customers. The owner said he hasn’t had a vacation in 6 years – that’s exhausting. And facing financial difficulties with maintaining the expected standards, who has time – or money – to invest in marketing? All understandable.

The owner also said that it was impossible to make any changes to the menu, as even the slightest change created an uproar with the steady customers. But their fare is not what needed to change, it was simply a need for some marketing. 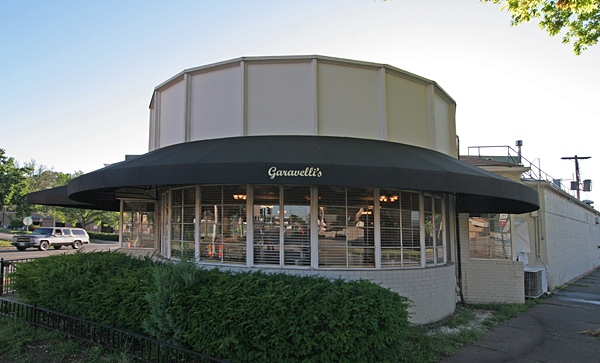 In today’s world, marketing can be next-to-free by investing some time in social media. Garavelli’s did start a Facebook page (it’s where they broke the sad news of their closing), but it was not utilized in a consistent or engaging manner, probably because of the age of their majority demographic. But social media is also an opportunity to create a new customer base.

With Garavelli’s heritage, history and reputation, they could have traded on the inherent sentimentality of St. Louis. Draw in those Baby Boomers! And with its authentic mid-century pedigree, draw in the young hipsters. Every demographic is into good food at a great price, especially when there’s a drive-thru in a convenient location. But you have to get the word out. 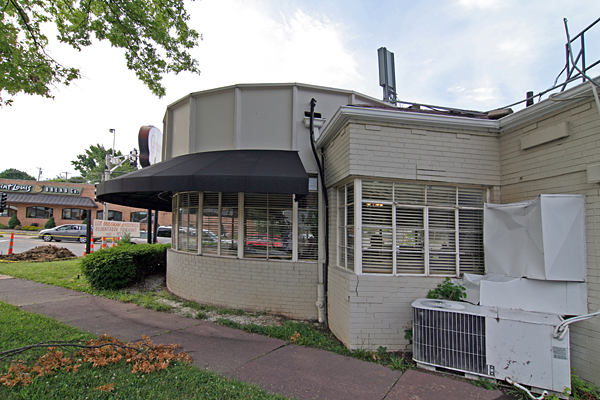 A good pal of mine (well under 60 years of age) who is a good arbitrator of great places to eat dines there on a regular basis. He is always the youngest man in the room. But he’s kept this culinary paradise a close secret because he didn’t want others catching on and crowding him out. He simply wanted a wide variety of consistently good food at a cheap price available to him without dealing with the PBR Crowd. I truly understand and respect that mindset, but it’s also part of the downfall of Garavelli’s. It needed younger blood to discover its many charms.

When the distress signal went up about Garavelli’s difficulties, ModernSTL was hoping to intervene by hosting events there. Let the large and adventurous St. Louis MCM audience be introduced to an authentic Route 66 experience, and they tell 2 friends, and so on and so on. A form of free marketing. But before the social wheels could be set in motion, the owners had to wave the white flag.

And within days of the news, American Eagle Credit Union bought the place. Reportedly, demolition of the building will happen fairly quick. So not only does St. Louis lose an historic restaurant, we also lose this view: 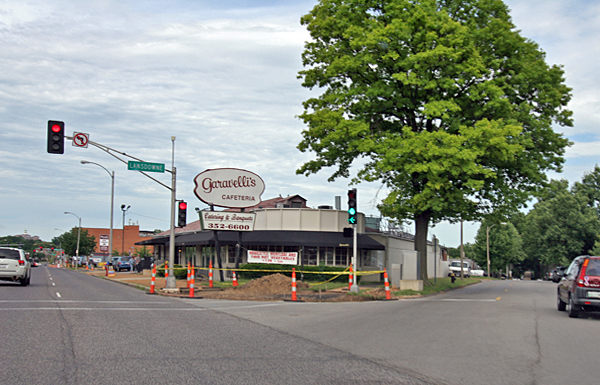 I’m going to miss this sight – a building that looked like a ship from some angles, a man wearing a fedora from other angles, a new vinyl sign each day tempting you with meals you’re too busy to make for yourself, and that wonderfully Googie sign.

The owners truly intend to carry the recipes to a new location. But let them have a well-deserved rest to recharge their batteries. Thank you for enthusiastically and loyally carrying on the Garavelli’s tradition. And a fond farewell to a St. Louis Hills landmark.