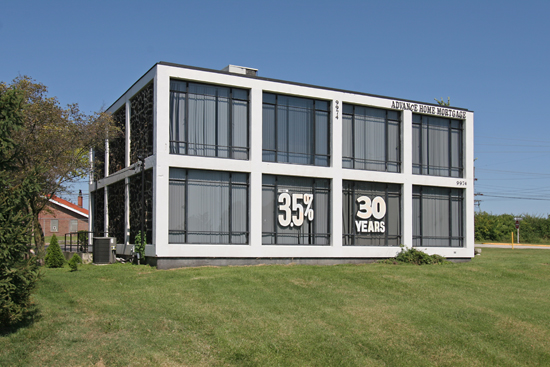 This building went up in 1964 as the headquarters for Theta XI Fraternity. They have since moved to a bigger and somewhat newer building on Craig Road. It has housed many companies over the decades, and is currently vacant, though realtor sites indicate it’s not currently available to purchase, so maybe someone has bought this 4,500 s.f. office building. 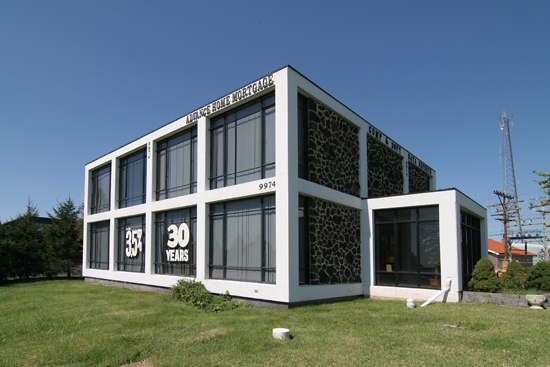 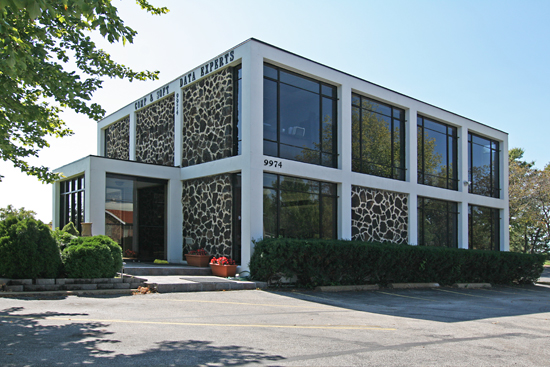 I like its compact cubism, which is only interrupted by the entry tail. If you’ve ever walked up to a post-modern office building wondering where the entrance is (and then thought “is that all there is?” once you spotted it), having an architect go out of the way to designate where to enter is a polite and delightful thing to not take for granted.

The repetition of only 4 materials – concrete, glass, metal and stone – gives it a sleek efficiency. But the one thing that makes it swanky is the type of stone. Surely there is a more correct name for it, but I’ve always referred to it as lava rock. And even though I now like this building, I still hate lava rock.

Lava rock was a cladding that became ubiquitous in the late ’60s and early ’70s. Picture 1970s-era Steak & Shakes; large chunks of matte black lava that stuck out from the building so far you could scrape an arm if you passed too close. Still not sure what was being conveyed by the use of lava rock – Rusticity? Neanderthal-ism? Flintstone-ism? Or maybe it wasn’t any message other than some quarries had tons of this rock for dirt cheap, so dig in and save some budget money on materials? 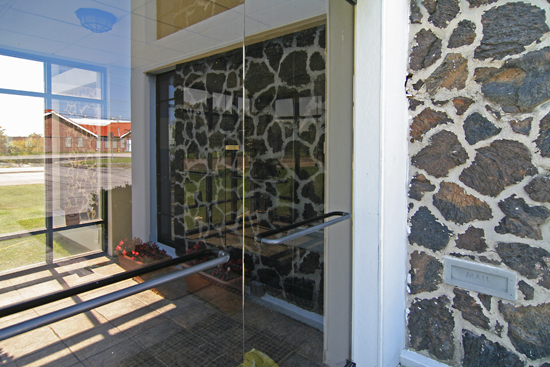 But this building is from 1964, a bit before the lava ubiquity curve, so they embedded the stone to create a flat surface. Overall, it has a giraffe pelt feel about it, and lends some whimsy to an otherwise strict geometric plan. So another reason I now like this building is because it created a loophole in my lava rock hatred. And carrying around a little less hate is always good for the soul.

What buildings had you always hated but now like? Please do share in the comments so we can put a little love in our hearts.