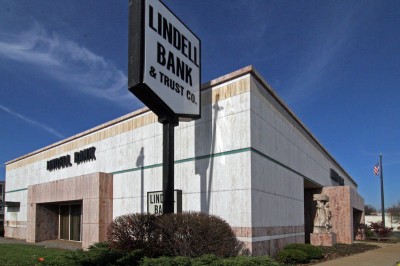 If you had to guess what year this building is from, what would you say?

You could look up the history of Lindell Bank, or know a little about the South St. Louis neighborhood it’s part of to make a guess. 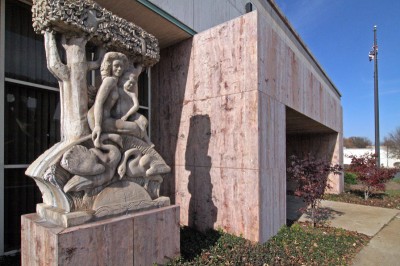 Folks are very familiar with this building because it’s on such a prominent, busy intersection.  I’ve heard people refer to it as “the statue bank,” or “the art bank,” because of the two sculptures flanking the Hampton Avenue entrance.   You could peek at the base of these pieces by Richard H. Ellis to get an important clue as to how old this building is, since the building doesn’t have a corner stone telling you its age. 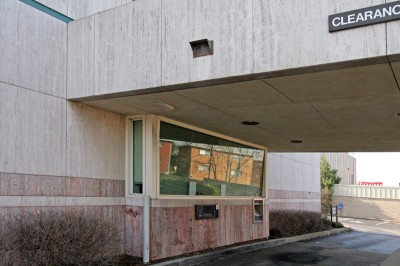 I’ve polled a whole lot of people about how old they think this building is, and everyone – including myself – places the design and construction somewhere in the early 1960s.  The details are what make this a solid guess.  5 different kinds of travertine creating visual language over a simple rectangle punctuated by mirror-images of entry cubes.  Above, note how the 2 bands of pink travertine – which is also used on the entry cubes – follow the bump-out of the drive up window, a subtle little detail not at all unusual on mid-century modern buildings of this vintage.  The scale, massing and materials of this building clearly make it a product of an architectural era long gone. 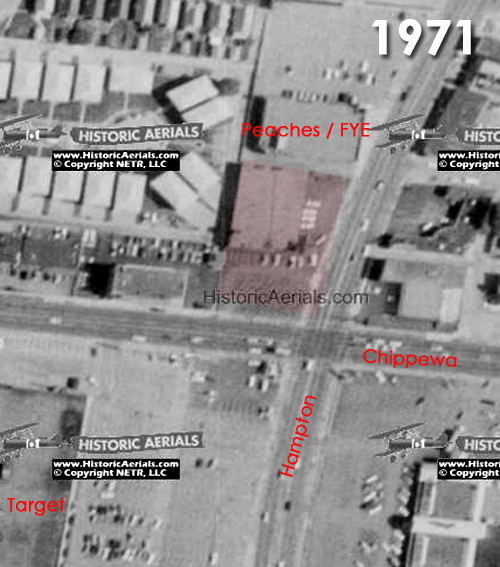 Here’s proof from a 1971 aerial map, which shows what some people remember to be an auto parts store that sat back on the property.  A 1958 aerial shot shows an even smaller building sitting diagonal even further back on the same property.  I’ve yet to run into anyone that knows what that older building was. 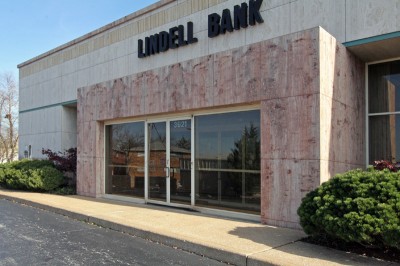 That means that the neighborhood had to wait until 1986 to get a building that moved up to the sidewalks and owned that corner in a formal way. Previously, that important corner was a parking lot.  Along with Lindell Bank, who are the people responsible for such a thoughtful and handsome building so late in the post-modern architectural malaise? 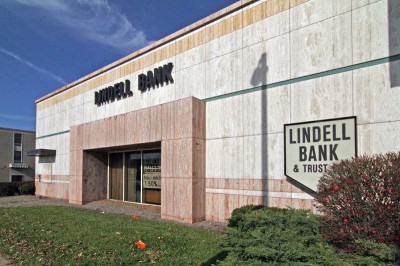 If you have any information about the buildings previously on this site, and the design and construction of this Lindell Bank location, please do share with the rest of us, OK?