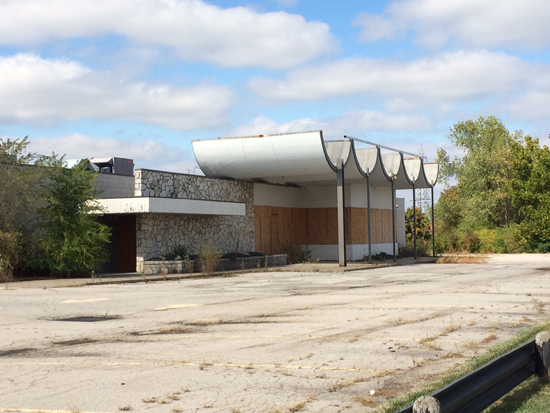 We last checked in with the Strike ‘n Spare Lanes on North Lindbergh in December of 2011. Read about it here. And above is what the property looked like on October 16, 2013. But pull back the lens from this view and here’s the big picture: 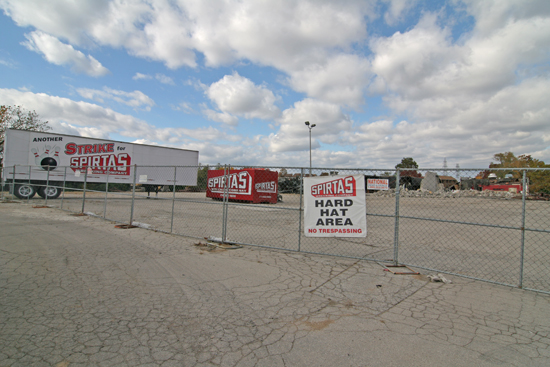 I know Spirtas is trying to be clever, but their sense of humor is like a flat keg of beer. Why even bother – they got the job? 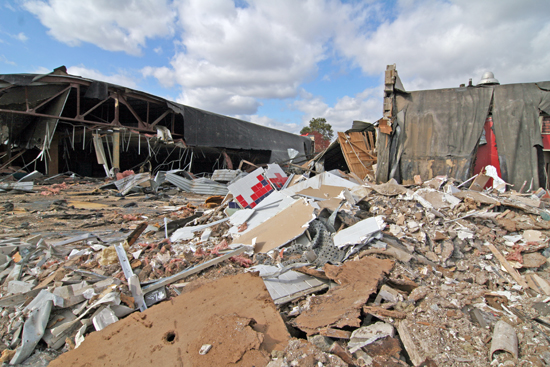 And here’s where they were on the first weekend of November 2013. As bad as their humor is, they are an efficient demolition company, so the job is probably clear by this time. But it was bittersweet to traipse around the last remnants, peering into the snack bar kitchen one last time… 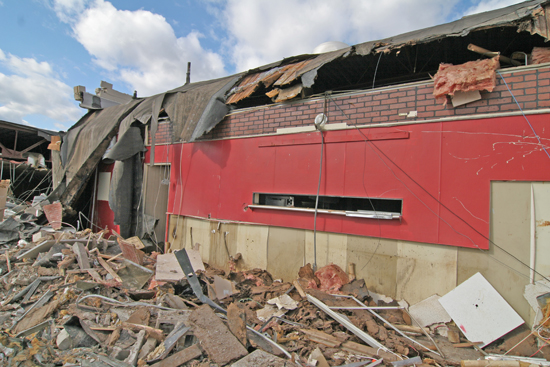 There’s still a For Sale sign out front of the property, so are we assuming they’re making the land more desirable for a buyer? If anyone has any info about future plans for this site, please do share in the comments. 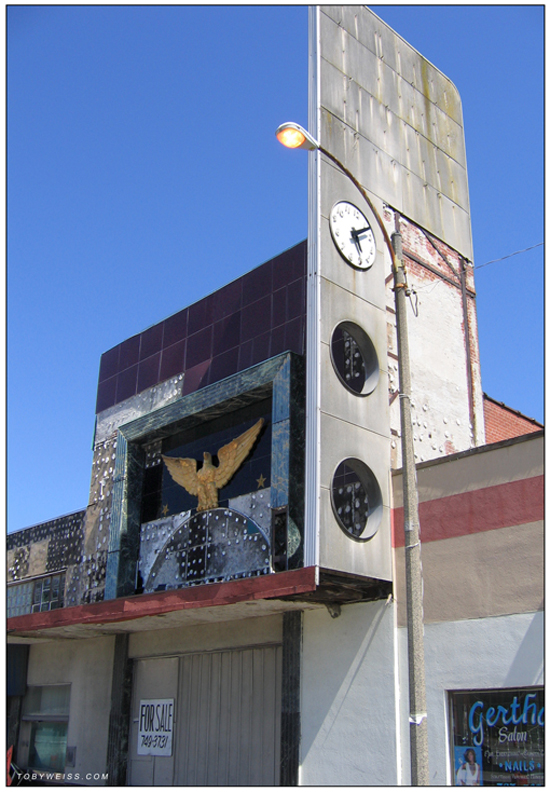 6149 Natural Bridge Road in Pine Lawn,MO
And this was the big surprise of fall – the building shown above is completely gone. Well, some remnants remain (below), and the bricks are being neatly palatalized, but essentially, it’s just gone. Here’s a rendering of it back in the day when it was Pine Lawn Bank. 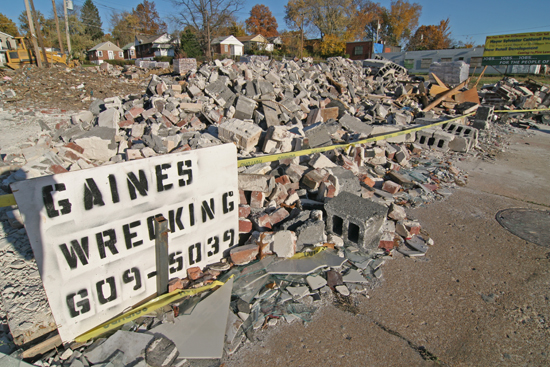 Pine Lawn mayor Sylvester Caldwell put up a billboard at the end of this now-empty block. It reads:

“You Can See the Difference… You Can Tell the Difference. Mayor Sylvester Caldwell Presents… The Pine Lawn Board of Alderman Welcomes… New Retail Development. Coming to Pine Lawn FALL 2013.
JOBS… JOBS… JOBS… FOR THE PEOPLE OF PINE LAWN!!!”

And here’s the latest at the intersection of Natural Bridge Road at Kienlen/Jennings Station Road. I wonder if the very corner building is also coming down. If it’s a clean sweep for new retail, it would make sense to remove it. But I cannot find any information about what the billboard promises, in the news media or on the Pine Lawn website. So some more history of the northern inner ring suburbs just disappears without a second thought. Here’s hoping it’s been demolished for something better. 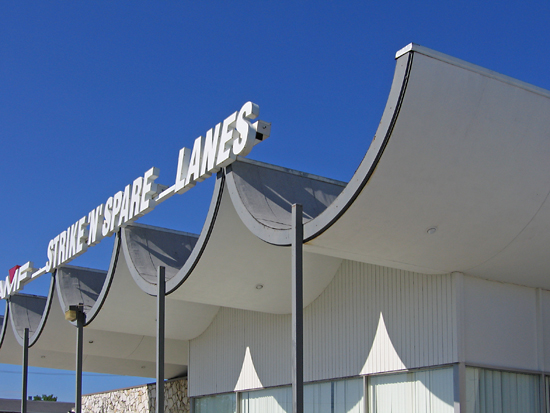 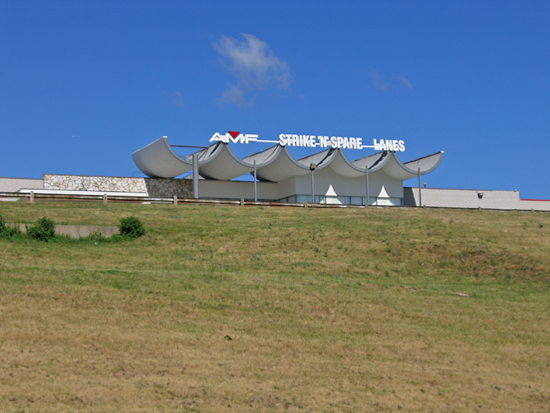 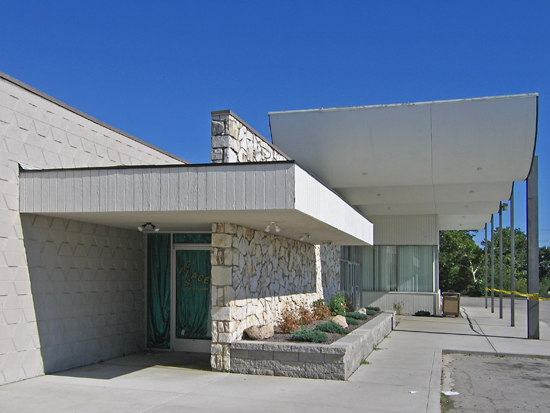 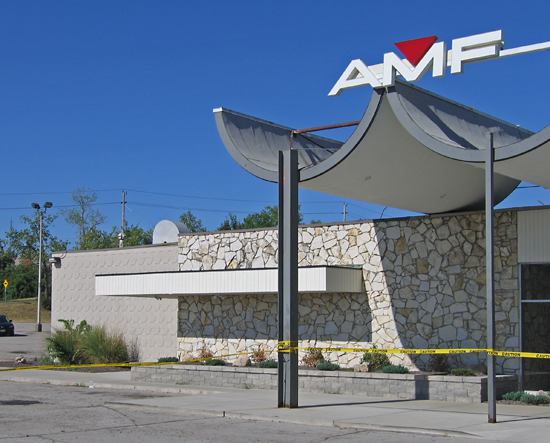