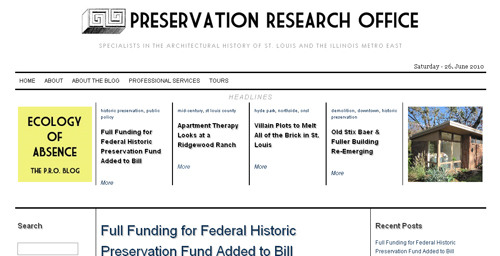 The venerable and vital blog Ecology Of Absence has moved to new digs inside the Preservation Research Office, which is Michael Allen’s business and website.

We still have everything we love about EOA as long as we change our bookmarks and RSS feeds to:
http://preservationresearch.com/

Defining Downtown at Mid-Century: The Architecture of the Bank Building & Equipment Corporation of America is a thorough catalog of this design-build firm’s work across our nation.

I’ll give you the shortcut straight to the Missouri/St. Louis bits, and you’ll instantly see why this site is so fabulous:
St. Louis MCM by Bank Building & Equip Corp. 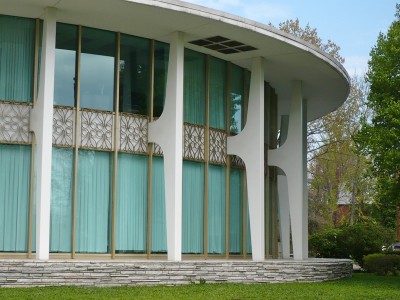