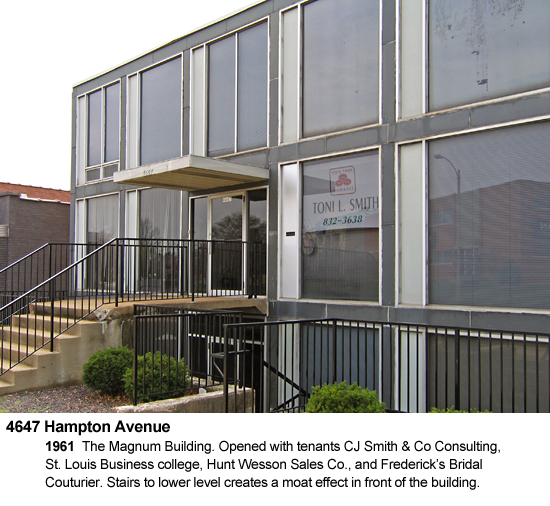 This building always reminded me of Matt Helm, the fictional government counter-agent, as portrayed by Dean Martin. Here’s a taste of The Silencers.

The first in a series of films released in 1966, it became a short-lived TV show in 1975, but the character debuted in book form in 1960. Come 1961, The Magnum Building was erected. Magnum, gun, Matt Helm, mid-century cool = conjuring Dean Martin.  Often architecture makes you think random, fanciful thoughts. 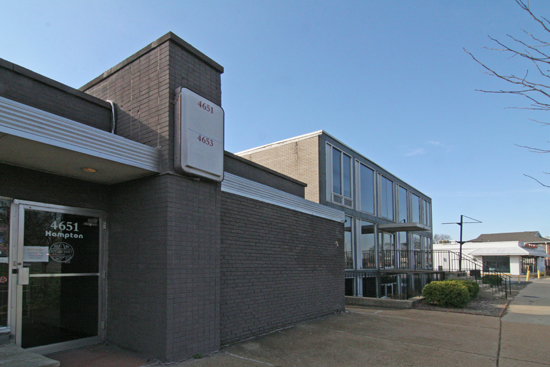 The Magnum was surely once a sharp, sophisticated building. Underplayed so as not to call too much attention, but with details that warn of underestimating its lethalityl. By the time it was covered in this Hampton Avenue study, it had obviously seen better days. 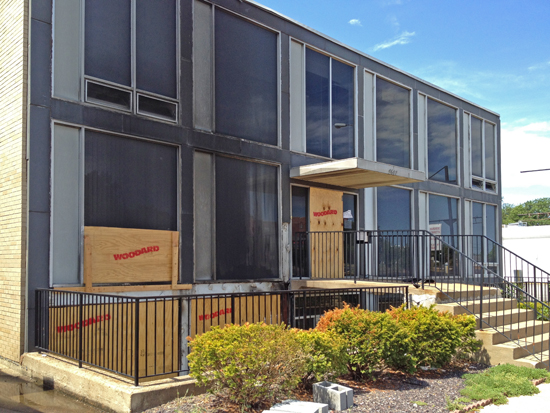 Then it caught fire in the summer of 2012, with the kind of drama right out of the pages of a spy novel. It was condemned for occupancy by the fall. 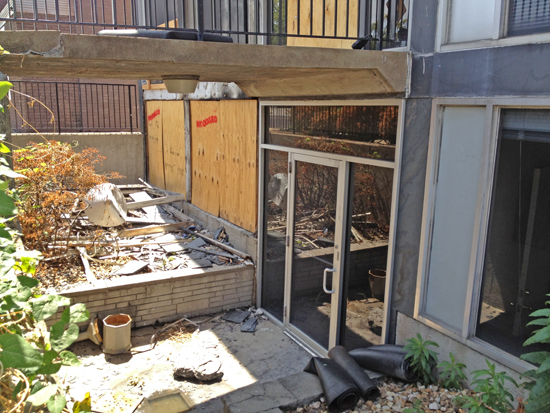 It was sad and disrespectful to watch it deteriorate. Maybe in the last 20 years no one even noticed the building, gray and fading into the street traffic. Now it stuck out because of the bright board-up plywood, like a Sharpie-scrawled sticky paper name tag on a worn-out smoking jacket. It was doomed.

A demolition permit was granted in April 2013. I pass this way frequently and never saw signs of demolition, so it must have crumpled quickly, like Matt Helm retired with a bullet to the gut.

The end of May 2013, it’s a parking lot in the making. A parking lot for what, exactly? The sleek little MCM building to the right remains vacant; does the dry cleaners need more car space? Whatever, it’s weird to see open space in this section of Hampton, veering toward the curve. Farewell to The Magnum Building.