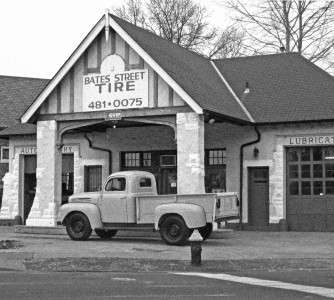 FILE PHOTO This venerable “gasoline service station” opened in 1931, back when 2 gas pumps in front of a tiny garage was all that was needed to handle vehicular volume in this section of Bevo Mill.  We are fortunate to have such historical remnants of the city’s past still standing and operating today. 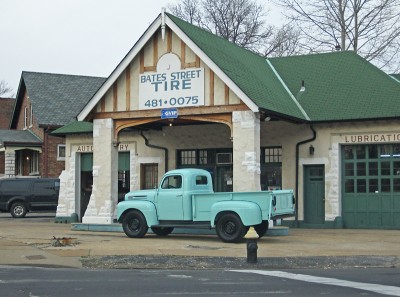 OK, this is actually a lame Photoshop gag.
I took this photo just the other day. With the vintage pickup truck parked in front, the place was an endearing warp in the space/time continuum.  This brief, anachronistic moment is Reason #1,238 why I love the City of St. Louis. 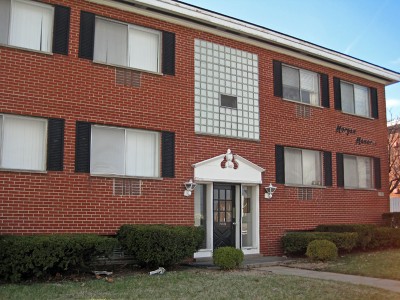 The preposterously named Morganford Manor apartments are 4 separate buildings; 3 are on the west side of the street, and one is half a block down on the east side.  All of these identical building went up in 1963, so there’s something wonky about that faux colonial entry under the bank of glass block. 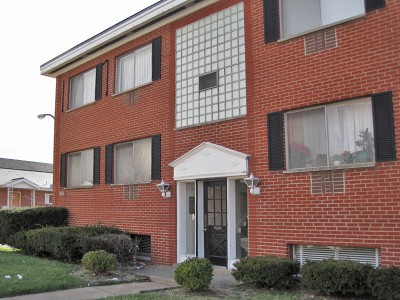 Eh, this one is a tad bit better. 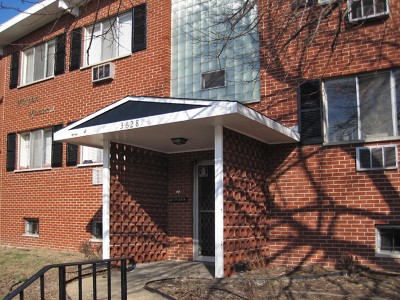 And here you go – much more appropriate.  Now, about those shutters… 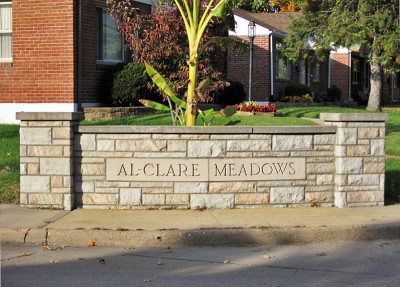 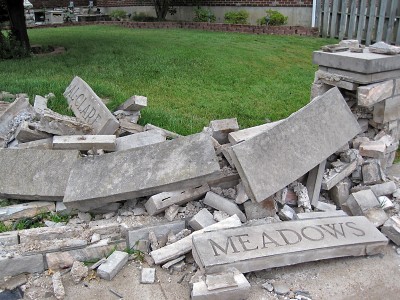 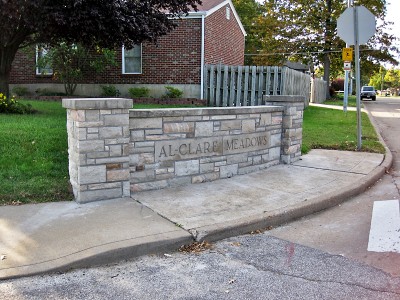