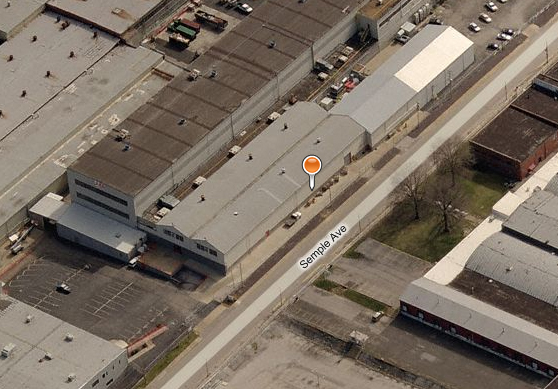 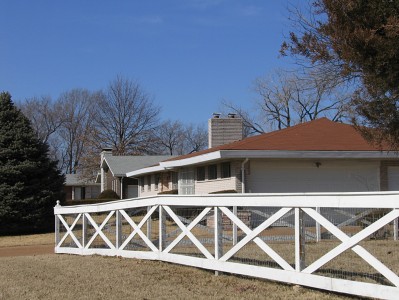 Guess where the picture above was taken: Ballwin? Florissant? Mehlville?

When faced with low-slung, stylish 1960s ranch houses casually strewn amongst profuse greenery, these would be valid guesses. But instead, we are exploring Norwood Square in North St. Louis City. 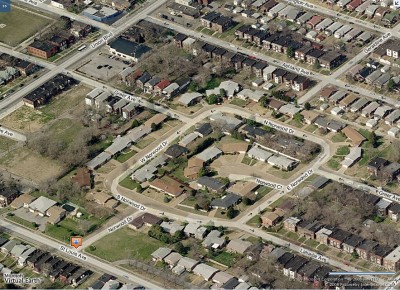 Norwood Square is actually a court (as shown in the aerial photo above), a half block northeast of the intersection of Union Boulevard and St. Louis Avenue in the Arlington neighborhood. And it doesn’t take a bird’s eye view to get the feeling that a giant scoop of the city grid was whisked away by a mega melon baller. 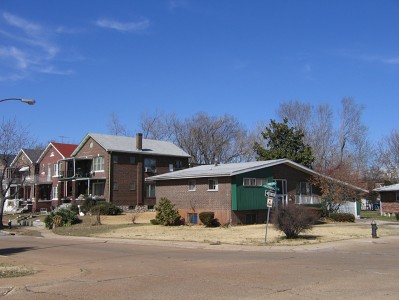 On the ground, it is rather dramatic to see rows of deeply urban, 2-story brick residential buildings built between the 1890s – 1920s abruptly bisected by a swirl of deeply suburban, mid-century modern frosted sugar cookies. As you fleetingly catch glimpses of the original natives from inside Norwood Square, it feels like the ranch homes are circling the wagons ’round to protect their fabulousness from hostile forces. 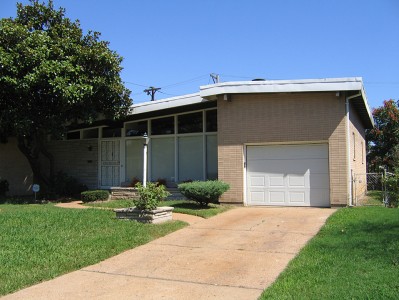 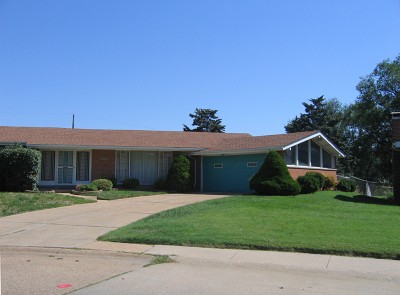 The circle that is Norwood Square is divided into East, West, North and South Norwood, which puts 4 of the houses (like the one above – which cleverly wraps its footprint around the curve) in the odd position of not knowing exactly which street they are on! Is their mailing address North Norwood or East Norwood, and how confusing is it to new mailmen on this beat? 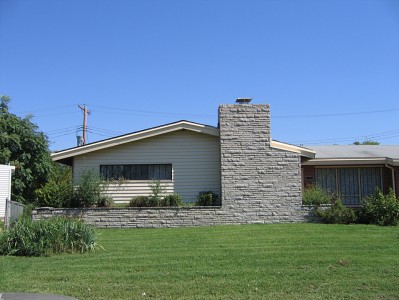 So what’s the story with Norwood? Why was this exotic dollop dropped here, and what was torn down to make that so?

Having been told stories of Public Schools Stadium, I wondered if Norwood Square is what popped up in its place.  But the stadium was a block east of here, on Kingshighway, and when it was demolished in the late 1960s, most of Norwood Square was built and firmly inhabited. 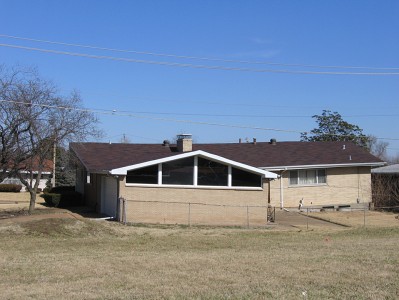 Noticing that a few of the homes have some serious sink issues, I wondered if it was built atop the quarry that was supposedly shut down sometime in the 1940s because some kids accidentally died while playing there.  But no. The memories of some old school North St. Louisans’ remember the quarry at Kingshighway and Lexington, a good 2 blocks north east of here. 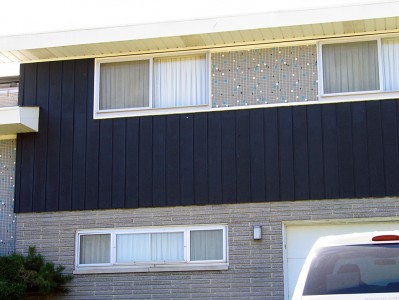 So, for now, the why it appeared and what disappeared to make it so remains a mystery.  Please do share any historical information you may have in exchange for the details I share with you here.  Like the snazzy tile work that graces this split-level, above. 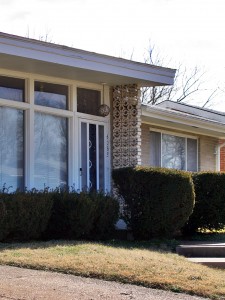 Or the swanky pendant light fixture and concrete block screen of this entrance. 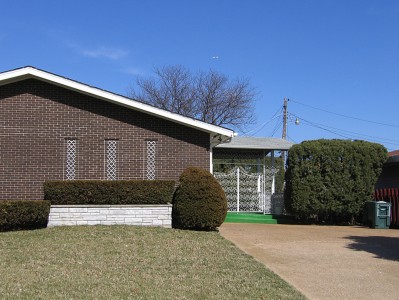 From quick visual inspections over the course of several years, most all of the homes are still in good condition, always the sign of well-liked buildings. Many of them (see above) are meticulously preserved and cared for, a heart-warming sign of intense pride in their ranch house alien. Only rarely have I seen for sale signs on the yards, so I wonder if there might still be a hefty amount of original owners in tow, or a lot of kids inheriting them from the folks. 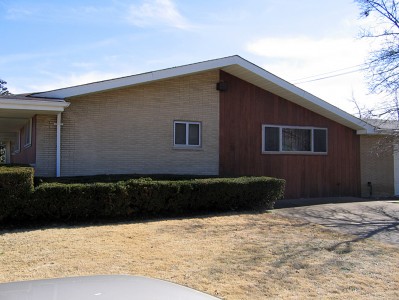 This home is the equivalent of the half man/half woman Halloween costume!

To see more photos and details of Norwood Square, please visit the B.E.L.T. supplement at Flickr. 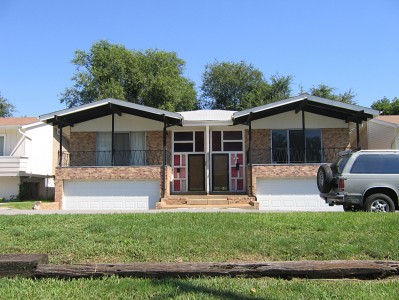 Facing out onto St. Louis Avenue, like sentries protecting their MCM turf,  is a short row of 2-family versions.

The chalk and cheese concept of Norwood Square is not wholly unique.  Something similar was done in South St. Louis with Marla Court.  Or there’s Darla Court in the inner-ring ‘burb of Jennings. So, it’s not uncommon, but it’s always a pleasant surprise, yes? 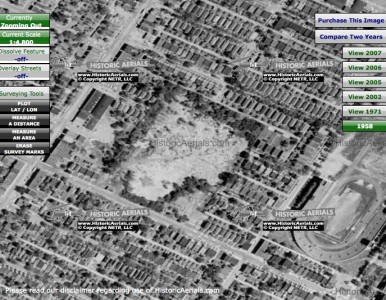 Steve Patterson – who first told me about the subdivision several years ago – sent along this aerial map from 1958. Seems the street grid was long interrupted in this part of town, and look at all those mature trees! This would also bear out the info Rick Bonasch shared about the original site being a dump.