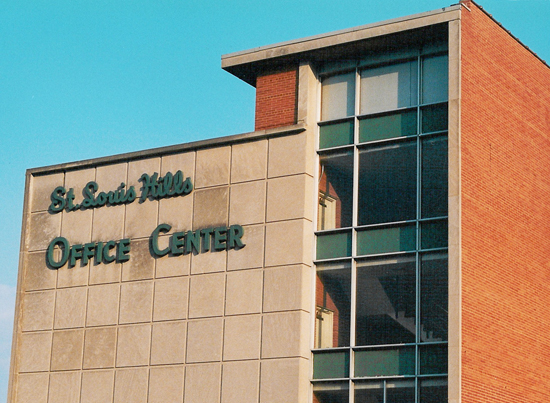 In July 2010, I was hopeful and optimistic about the construction that had started on the St. Louis Hills Office Center. Read the report here.  Shy of a year later, it’s not a rebirth but a high-profile remuddle.

The new bits on the back of the building are blandly modern, all EFIS and glass grid, nothing to be excited about in either direction. But when the iconic green letters  and green metal panels (seen above) disappeared from the building, it was time to find out if they were coming back (maybe they took them down for a cleaning?) and what is intended to occupy the building when it’s done? 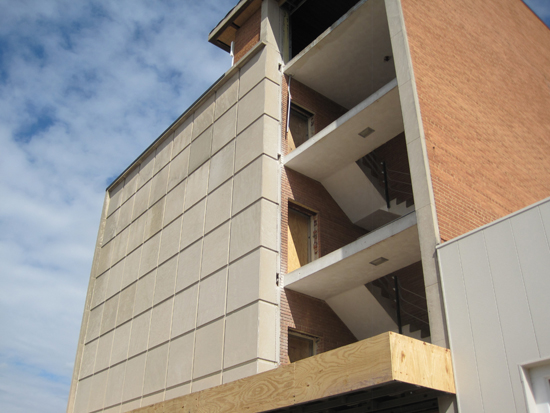 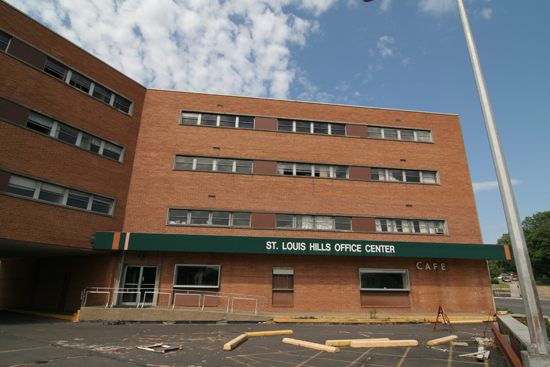 The St. Louis Hills Office Center has been owned by the Stevens family since 1974, and was put under Dan’s primary care.  But in the last couple of years, more of the family has become legally and actively involved in the redevelopment, which creates group decisions with majority group votes. Dan does have experience with renovating old buildings (see the Ozark Theater in Webster Groves), but with this building, he says all of his input was outvoted.  He divorced himself from the project and is deeply distressed that it has become “a huge, architecturally meaningless white elephant.” 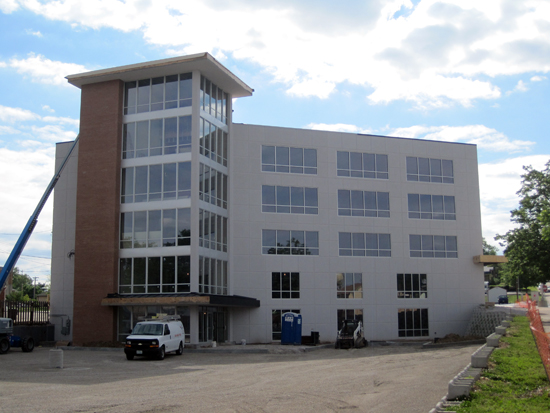 Dan does not know what the intended use is for the completed building that’s gone way over budget. 16th Ward alderwoman Donna Barringer said the plan is to rent each floor to a company when the building is completed.

With the back wing of the building long gone, there is now a generous surface parking lot to take care of future tenants. Keep this in mind as we walk down Chippewa to see the rest of the buildings they also own on this block. 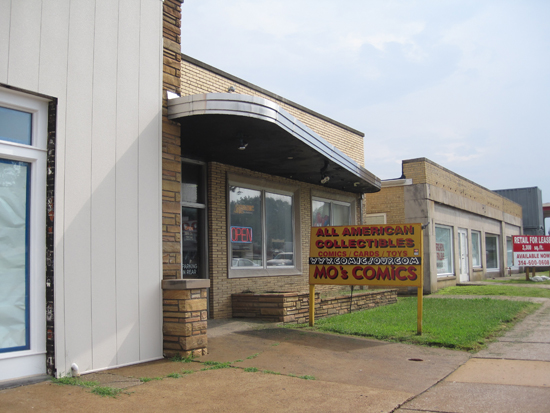 For several years now, this handsome deco brick building has been the only occupied property on the block. Even as they’ve been renovating the buildings around it, the comic store was still holding down the fort in the best looking building of the bunch. 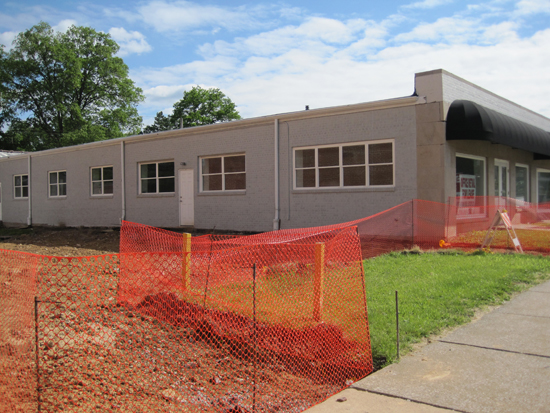 And now it is gone, sacrificed for a surface parking lot. This is a complete tragedy and a complete waste when you view all the parking that will be available behind the office building. I realize it’s impossible to have on-street parking in front of this retail strip, which is why all these buildings have long had parking in the back, which seemed to work out for several decades.  Will they be granted a curb-cut off Chippewa for this new lot? Or will patrons still have to access the alley to use it? Either answer still makes the loss of this building a deep shame.

The interior of the Office Center has been completely gutted for the new development, and the fabulous front stairwell has been exposed to the elements for several weeks now, which is disturbing. Does that mean it’s going too? Dan Stevens is taking this all so hard that I couldn’t bear to ask him. 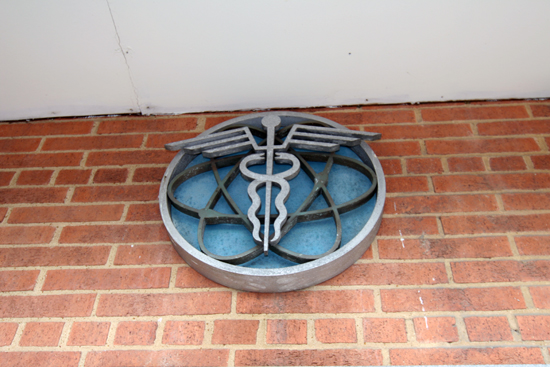 He did say that he rescued the medical medallion that used to hang above the side door when he learned it was slated to be scrapped for its aluminum value.  Learning that, chances are real good that the vintage green lettering is now landfill (and thank you to a friend for checking the dumpsters the day he discovered them missing from the building). And I’ve got a sinking feeling in my gut about the stairwell.

It is desirable to re-use a building, rather than demolish it, always. But having spent several years watching this building whittle away to a shadow of its former glory, I have to ask: Would it have been emotionally easier and developmentally cheaper to just demolish it? At least that would have been like yanking the bandage off real fast to get it over with. Instead, it has become an excruciatingly slow peel-off that takes the scab with it.

I feel bad for the building because from day one, it’s had nothing but trouble over being what it wanted to be. From neighbors in the 1950s forcing it to be redesigned, to owners in the 2010s erasing the last of its grace, the St. Louis Hills Office Center was a mid-century modern swan long gliding across the wrong lake.

See the building before demolition and remuddle

See photos from the start of demolition in 2007